Home Science Video. Lots: He wants to build an astronomy school, the first of its kind in the field 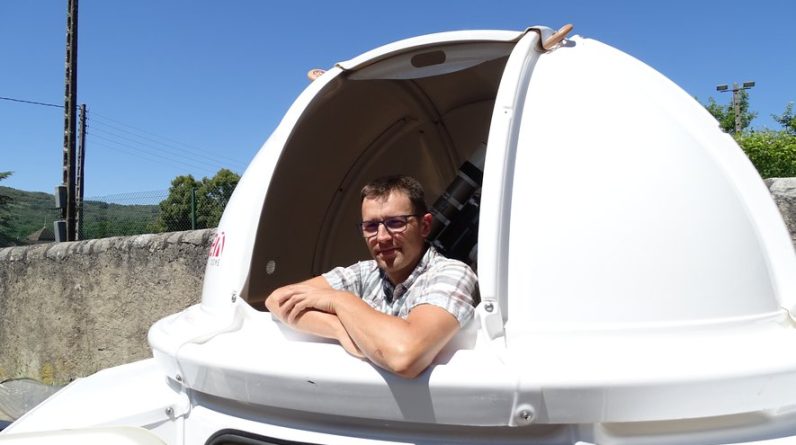 essential
At Tour-de-Faure, Emmanuel Thiers, a keen astronomer, has been offering courses since spring on understanding how the sky, planets and stars work. Ladd hopes to earn the department’s first School of Astronomy label.

This is not a project about comets, but a project that has a chance to see the light of day. In Tour-de-Farrell, Emmanuel Thiers, an animator specializing in astronomy, founded Astronomate a few months ago. Thanks to this framework, he leads courses that help people discover the sky, planets and stars. But the activist sees things on a larger scale: he aims to build a unique institution, a school of astronomy, on the lot. While there are plenty of structures that allow you to find space, there are relatively few named schools. According to the French Astronomical Association (AFA), there are a total of 27 in the national territory.

Because it is the AFA that gives or doesn’t give the name of the astronomy school. Emmanuel Thiers filed his file with the association in June and is now awaiting a response. For now, Astronomate’s founder offers “Little Hours” courses and “First Star” courses for children ages 9 to 14. These are “learning how to use your equipment and read a sky map,” the facilitator explains, and are open to adults and minors over 16. Going under the school status will allow Emmanuel Thiers to set up a deep practice up to three stars. As the number of stars increases, the training progresses: “Astronomy school is a bit similar, just like ski schools that allow you to get stars over the years”, he smiles.

Prerequisites to be fulfilled

The motto of the school founded by Emmanuel Thiers: “To spread the ideas of astronomy to as many people as possible”, he notes. To get approval, the facilitator had to go through several stages. He began by engaging himself in regular training with the Baroness Provençalez Observatory in Hautes-Alpes. The location of the site should also be verified: “There are geographical areas where two astronomical schools cannot exist within the same kilometer radius”, underlines Emmanuel Thiers. “There are also prerequisites: you have to have different equipment, premises, toilets… you need a structure that accommodates the public. Then, with the school label, AFA gives us computer equipment. Inaccessible”, he continues. By receiving this label, the host hopes to gain visibility.

Originally from the Southwest, Emmanuel Thiers had been interested in astronomy for fifteen years. Since 2018, he has been working on his self-funded Astronomate project. And it was this interest that led him to settle in Tour-de-Far: a year ago, he went to the village’s old municipal school, perhaps to have his own school. The circle is complete.