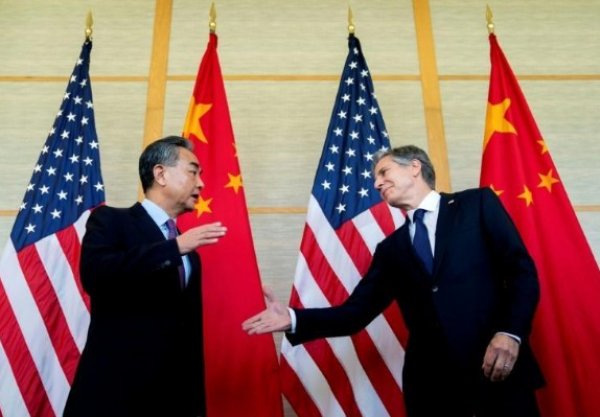 BEIJING – Chinese Foreign Minister Wang Yi held talks with US Secretary of State Anthony Blinken in Bali on Saturday, the day after the Group of 20 (G20) foreign ministers’ meeting.

Chinese media reported on Sunday that the two officials held “full, in-depth and sincere” talks on Sino-US relations and international and regional issues of common concern.

They agreed that the dialogue was “substantial and constructive” to improve mutual understanding, reduce misunderstandings and pave the way for future high-level exchanges between Beijing and Washington.

During the meeting, China and the United States emphasized mutual respect, peaceful coexistence, avoidance of conflict, promotion of win-win cooperation, and the establishment of a line of guidance for the activities of the two countries.

In addition, Wang said, Beijing and Washington should establish channels to implement the consensus reached by the two leaders and better coordinate their exchanges in various fields, properly handle contradictions and differences to resolve outstanding issues.

Blinken, for his part, outlined US policy on China, saying the US is committed to managing risk factors in bilateral relations and is willing to cooperate with China, media reports said.

Meanwhile, the two officials reached a consensus on the need to achieve more results from the Sino-US Joint Working Group consultations based on mutuality and mutual benefit.

They also agreed to strengthen cooperation in areas such as climate change and public health.

Talks between Wang and Blinken also covered topics such as the Ukraine issue and the situation on the Korean Peninsula.