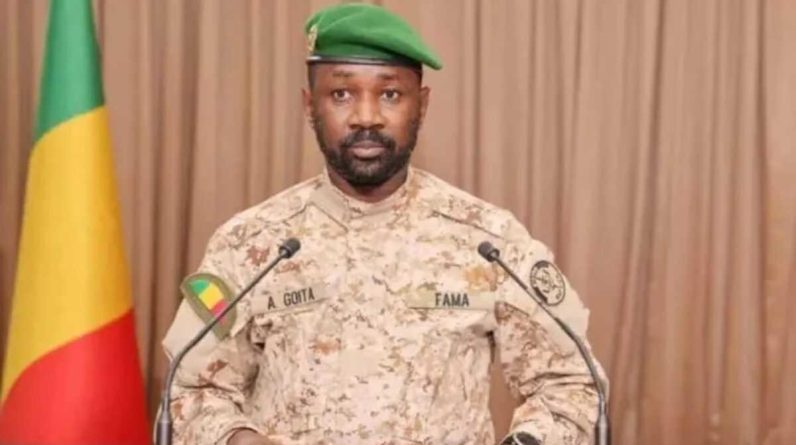 #Mali : Mali’s interim president, Colonel Assimi Koida, in his first speech since lifting economic sanctions imposed by ECOWAS following the coup, called on Friday for unity and a focus on development and stability.

“The time has come for a sacred union around the highest interests of the nation”, declared Assimy Khoida in a live broadcast.

Leaders of the Economic Community of West African States (ECOWAS) member states on Sunday lifted economic sanctions against Mali, including a trade and financial embargo imposed in January, after the government unveiled a five-year transition plan.

Despite being landlocked, Mali fought well against these sanctions, which many Africans saw as unfairly imposed on a country on the continent asking France to back it up.

The colonels who became great strategists made ECOWAS face up to its responsibilities by issuing a new electoral law and a calendar that included a presidential election in February 2024, which was accepted by ECOWAS.

“It is clear that our approach has never questioned the return to constitutional order. However, this must be done in conditions of security and stability,” the Malian leader said.

On Tuesday, he traveled to Nyoro in western Mali to launch a campaign to respond to food insecurity.

“We know very well that the causes (of food insecurity) are, among others, climate risks, but also inter-communal conflicts,” Col Koita told a press conference on Tuesday.

In his speech on Friday, he thanked neighbors Guinea and Mauritania for their “solidarity”. Their territories and ports, Conakry and Nouakchott, managed to evade the West African blockade.

>>> Read More: Relief for Senegalese transporters after lifting of ECOWAS embargo on Mali

Bamako was able to bypass Dakar and Abidjan.

The political crisis in Mali has been a serious security crisis since 2012 and the outbreak of separatist and jihadist insurgencies in the north.