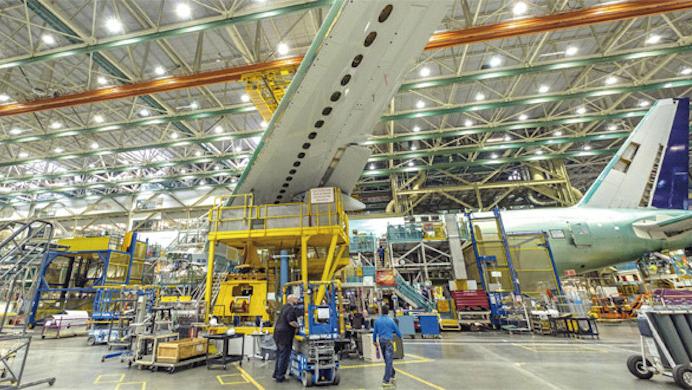 According to the special site, Nigerian airlines will spend a whopping $ 2.5 billion on the maintenance of their aircraft overseas by 2021. News Aero.

The bill is justified by the fact that Nigeria, the most populous country in Africa with a population of about 220 million, currently has the largest number of scheduled airlines on the continent. There are over a dozen domestic and private airlines in the country: Air Peace, Asman Air, Dana Airlines, Med-View Airlines, Arik Air, Aero Contractors, Overland, First Nation, Max Air, Ipom Air, United Nigeria Airlines, NG Eagle Air Green … In total, these have a worldwide fleet of about a hundred aircraft for commercial transport and cargo.

However, Nigeria does not have the aeronautical MRO (maintenance, repair and modification) capabilities to meet its needs. More specifically, since the bankrupt company Nigeria Airways went bankrupt in 2003, there has been no major maintenance facility in the country.

As a result, the country’s airlines are forced to send their aircraft internationally for maintenance and modification operations. By 2021, the outsourcing cost of Nigerian aircraft maintenance will reach $ 2.5 billion. In fact, last year, the Nigerian Civil Aviation Authority (NCAA) processed 23 new Air Operators Certification (AOC) applications. On June 6, 2022, a new national company acquired its operating license as an air carrier in the process of being formed.

>>> Read more: Aviation: What is the real weight of Africa?

However, calls for the establishment of a large-scale MRO ecosystem in Nigeria are not new. For example, in 2017, the year $ 500 million left the country for MRO operations, Allen Onyema, managing director of Air Peace, a private company under Nigerian law, underlined, “The MRO establishment will be created in conjunction with Boeing.

With the existing airlines and those to be launched, the growth potential of MRO in Nigeria is really huge. This ability should motivate officials and actors in the country to invest heavily in the sector, thus avoiding currency bleeding. As a bonus, it will allow the creation of several thousand jobs, and the country will be able to capture a portion of the MRO operations of airlines in the sub-region.