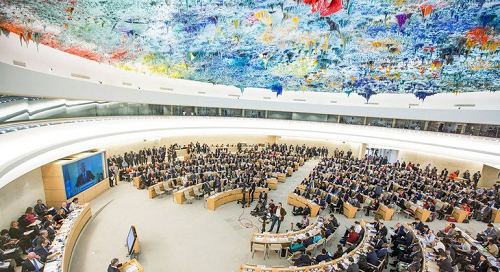 The International Committee of the Red Cross (IOPDHR) in Geneva says the UN Human Rights Council’s recent condemnation of Algeria is a step towards victory over impunity for crimes committed in police camps.

The UN Human Rights Council has isolated Algeria in the wake of a complaint filed by M’Rabih Ahmed Mahmoud Adda, a former police officer, alleging abduction, torture and harassment. In retaliation for his actions condemning human rights abuses in camps controlled by the country’s separatist militias.

IOPDHR refers to this judgment “A significant improvement over the many comments and decisions made by regional and international organizations condemning Algeria’s full responsibility for all the crimes and abuses committed by Polisario against the population of the Tindouf camps.”.

“This is a clear message to those responsible and a victory for the victims and activists who are working tirelessly to bring to justice the crimes committed by Algerian authorities and police leaders.”The Watchtower welcomed in a press release.

He noted that the case of M’Rabih Ahmed Mahmoud Adda illustrates the situation of tyranny in the Tindouf camps.

For IOPDHR, “It is important to press for an investigation into all cases of abduction, detention, extrajudicial executions, torture, torture, enforced disappearances and other types of violations committed in Tindoff camps..