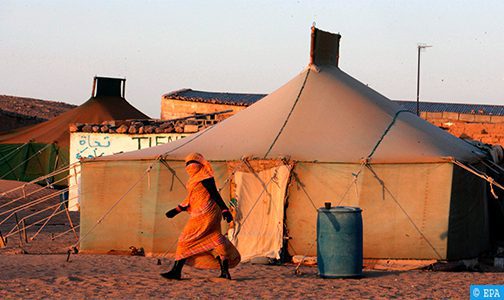 The HRC “exposed the continuing and growing human rights abuses in Policario and Algeria’s Tindouf camps, and is fully responsible for creating and perpetuating the regional dispute over the Moroccan Sahara,” the Italian expert told MAP.

“Algiers is using all means to obstruct the democratic and peaceful path that the Kingdom of Morocco is taking to resolve the dispute over the Moroccan Sahara, especially violating human rights and freedom of expression,” he pointed out.

“Algeria continues to violate international law, including international humanitarian law, which prohibits and condemns these acts through the case of M’Rabih Ahmed Mahmoud Adda” Leticia noted that this “unacceptable situation requires mobilization”. The international community has invested with a moral responsibility to protect these victims.

The UN Human Rights Council has summoned Algeria in the wake of former police officers on behalf of M’Rabih Ahmed Mahmoud Adda reporting to Algeria in retaliation for the abduction and torture he suffered in the country. For his actions in condemning human rights abuses in camps controlled by separatist militants.

The UN Human Rights Council recalls that Algeria has a duty not only to carry out thorough investigations into human rights abuses brought to its attention, but also to prosecute, especially when it comes to human rights violations. Anyone responsible for these violations should be prosecuted and a sentence pronounced against them.