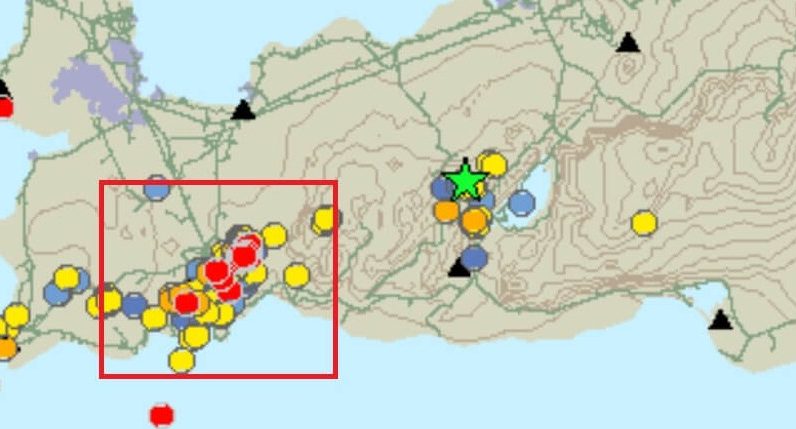 The environs of Mount Thorbjorn were particularly shaken, with a maximum of 800 earthquakes per day. In general, the Reykjavk Peninsula in southeastern Iceland is subject to intense seismic and volcanic activity.

Earthquakes are of low intensity, but their number is impressive. The most powerful of them reached 4.3 and was seen on May 15th.

A few areas, especially near the Reykjavk Peninsula, are currently in high alert.

This activity is caused by the significant rise of the magma towards the surface. Under the influence of this phenomenon, the land rose nearly five centimeters between the end of April and the end of May.

This unusual activity indicates a volcanic eruption, but it will not happen for a while.

In general, Iceland is located on the border of the Eurasian and North American tectonic plates, so it is prone to frequent earthquakes. These go in the opposite direction and form the Mid-Atlantic Ridge at the same time. This is where the island lies.

That’s not all: the country sits in a hot spot. This type of volcano corresponds to a weakness in the Earth’s crust, which manages to escape large amounts of magma near the surface. It also feeds on volcanoes.

See also: Near the lava!