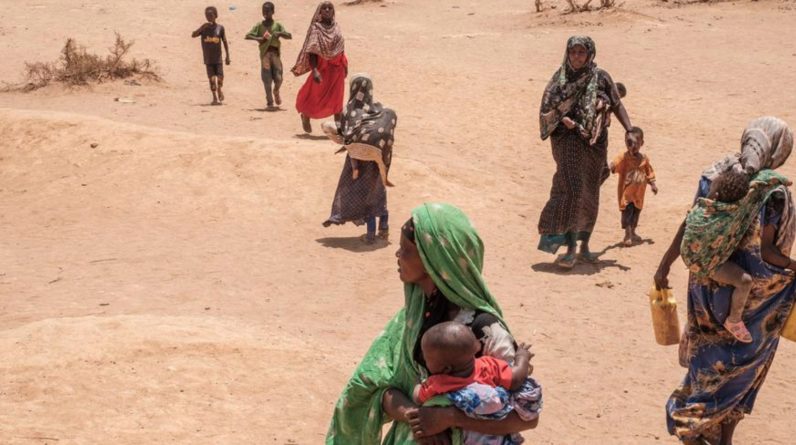 The United Nations has warned of a famine in millions of people in Ethiopia, Kenya and Somalia.

The center warns that “the worst drought in four decades in the Horn of Africa will not subside at any time, and the rains from October to December will not be enough.” Prediction and applications of IGAD (ICPAC), FAO, WFP among others.

“There is a slight increase in starvation deaths currently occurring in the region,” these organizations note. Concerns are being raised that ‘more serious food insecurity issues, marked by severe malnutrition and high levels of starvation-related deaths, will arise for the rest of this year’.

In Ethiopia, Kenya and Somalia, 17.8 million people need emergency food assistance to avoid severe malnutrition or starvation. Moreover, due to the severe drought in these countries “the number of malnourished children has increased significantly in the first quarter of 2022”. The UN says the prolonged drought, which has been linked to the invasion of locusts, the Covid 19 epidemic, domestic unrest and rising food and fuel prices associated with the Ukrainian crisis, has exacerbated food insecurity in the region.