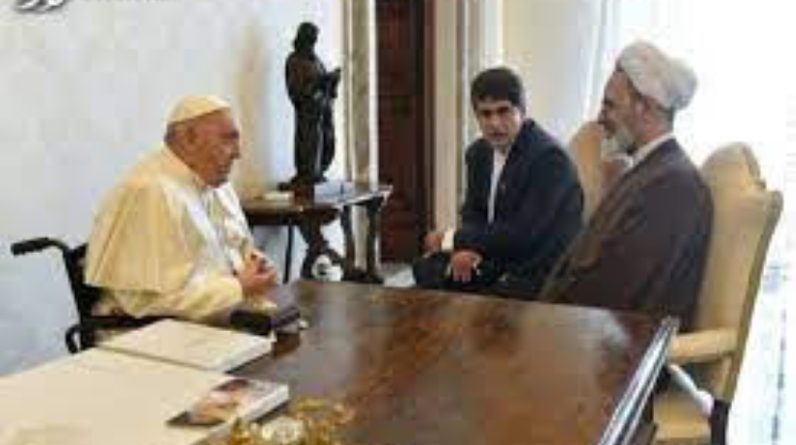 Ayatollah Arabi conveyed the message of Ayatollah Saeed Ali Khamenei, the leader of the Islamic Revolution, to the President of the Catholic Church. “The leader of the Islamic Revolution congratulates you on your journey into the past, your relationship with Latin America and your position on the softening of relations between Islam and Christianity and on the protection of the oppressed. Ayatollah Khamenei called you. At the end of his interview in Rome a. Arafi commented.

Pope Francis responded by addressing them “Congratulations” I agree with Ayatollah Khamenei’s statements to the leader of the Islamic Revolution and to the religious authorities in Iran.

The Iranian ambassador’s visit to Rome comes at a time when the occupation forces in Palestine are not limited to Muslims. One month ago, Zionist militants clashed with Christians and blocked access to the Holy Sepulcher Church in occupied al-Quds. The same heroes attacked an Orthodox priest on his way to church and beat several Christian worshipers.

Note that since the beginning of the month of Ramadan, clashes between Zionists and Palestinians have intensified and culminated in a series of attacks on believers inside and outside the Al-Aqsa Mosque.

See also  Details of the Emir of Qatar's meeting with the Sultan of Oman ... and signed 6 cooperation agreements, especially on the military side