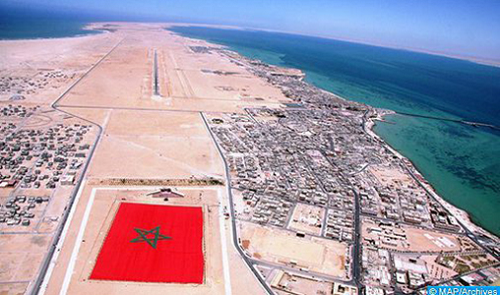 Members of parliament Marco Di Maio and Urania Papatheu announced in a statement on Monday that a parliamentary committee in support of Morocco’s autonomy plan had been formed at the initiative of several representatives and senators from various Italian political groups.

In response to a request from the Security Council and the international community, “The Kingdom has launched a positive movement through the Autonomy Program for the Moroccan Sahara, supported by various African, Arab, Asian and American countries.”Said members of the Italian parliament.

“Our goal is to strengthen the efforts of the United Nations to find a political, practical and achievable solution based on compromise.”Explained that “Many European countries consider the Autonomous Plan to be the most serious and credible solution to end this controversy.”.

“As noted by Italian Foreign Minister Luigi de Mayo during his recent visit to Morocco, Italy is paying close attention to Morocco’s efforts to reach a just political settlement.”Recalled noting that“The group’s action, born of positive and active intent, is part of this perspective.”.

“The conflict over the Moroccan Sahara is a barrier to the unification and confrontation of the Maghreb in a strong and united manner, with many common challenges facing the region in terms of security, terrorism and climate change.”Said members of the Italian parliament.

The autonomy initiative proposed by Morocco in 2007 to end the artificial conflict around the Moroccan Sahara is gaining more and more popularity, credibility and presence. After the United States, after many African, Arab and Asian countries, Germany, Spain and most recently the Netherlands only recognized the plan of autonomy as a serious, credible and realistic solution. (With MAP)