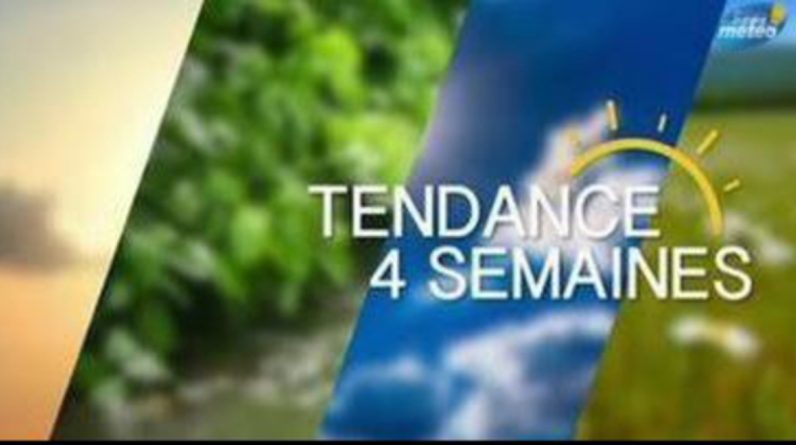 As every Thursday, our four-week trend will be updated. It covers the period from Monday, April 11 to Sunday, May 8, and includes the Easter weekend and school holidays.

Snowfall to the plains after the winter cold in early April and frequent and occasional severe frosts, with temperatures hovering according to the weather, are expected to be highly variable in the coming months. After the dry start of spring, the absence of prolonged anticyclone and the unpredictable weather expected in late April are good for plants and crops that need water.

The beginning of the week will be marked by mild weather with beautiful sunny seasons. From Tuesday, the weather will gradually worsen from the west and south with rain. Reliability is low on whether rainfall can cross the country. When it rains the temperature drops and returns to seasonal conditions.

In the second half of April, the weather will be unseasonable and it may rain due to disturbances in the south-west. The temperature during the season is higher than normal.

Week April 25 to May 1: Still unstable in the south

At the end of the month, low pressure areas may extend southwest from the southwest to the Mediterranean with bad weather. The calm and dry weather is heading northeast.

Week 2 to 8 May: Progress in the South

The anticyclone returns to the south with a dominant sun and moderate conditions gaining a more classic visual form. The northern part of the country will be under the influence of a weakly westerly westerly current with clouds and rain.

In the end, This April will vary with March as expected. April can be very dark as March is generally beautiful, dry and mild. In fact, it will be April, the most stable month, with the most variable weather, and it will rain again in most parts of the country.