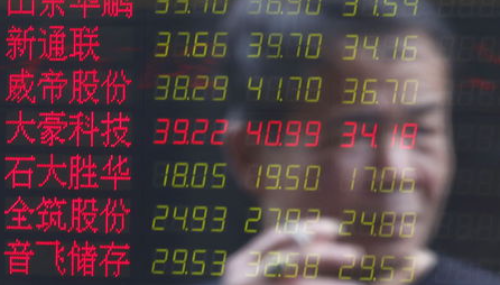 With Ukraine already weakened by Russian military operations, China, a key player in the global supply chain, is at risk of entering a deep cycle of global economic uncertainty and disruption with the recent rise in Covit-19 pollution.

Since the beginning of March, China has found itself at the center of a new wave of pollution that has affected 28 provinces in the country. The geographical scope of epidemics in this vast country of 1.4 billion people is frightening. This raises questions about a major epidemic that could hit the country, which could severely affect its economy and therefore the global economy as a whole.

China’s trade surplus with the world’s leading economic power in the industrial sector alone has increased from $ 83 billion in 2001 to more than $ 300 billion in 2021.

There are many statistics showing the size of this economy, but it also raises fears about the world economy in the event of a long-term disruption of production in the Middle Kingdom.

Signs of concern have been sent following the decision by Chinese authorities to impose more stringent control measures to prevent the spread of the virus.

Shock waves have reached the most remote parts of the planet following the closure of the city of Shenzhen for a week. The city is located in Guangdong Province, the country’s industrial hub. The province’s GDP is $ 1.96 trillion. It accounts for 11% of China’s overall economic activity.

The province’s exports will be about $ 795 billion or 20 percent of China’s total sales to the outside world by 2021.

Suffice it to say that the province is home to the Foxconn Group, one of Apple’s major suppliers, to realize the global impact of the disruption.

Since the start of the new wave of pollution in China, analysts at major international financial centers have consistently warned that such an impact could come at a time when inflationary trends are beginning to worsen with the stalemate in the conflict in Ukraine.

Analysts say everything will depend on the speed at which Chinese authorities act to control the outbreak of the disease.

The country reported 3,507 pollution on Monday, down from 1,860 on Tuesday. This is definitely a significant drop. But researchers are urging people to wait and see if the country’s “zero tolerance” approach to dealing with the epidemic is still effective.

Thanks to this approach, which included more stringent restrictions, including the closure of entire cities, the country was able to control the epidemic by 2020, saving lives and allowing the economy to continue to operate at almost full capacity.

The economic end is not long in coming. By 2021, China will have reached a spectacular growth rate of 8.1%, as major world economies have been hit hard by the virus.

Chinese officials, aware of the scale of the crisis, have vowed to wage a fierce but targeted fight against the virus in order to contain its impact on the economy.

Data released by the National Statistics Office on Tuesday shows that China’s economy is off to a strong start this year, with stronger-than-expected economic recovery in January and February. The company said the recovery was mainly driven by higher housing costs and investment by state-owned companies.

However, analysts are calling for caution, especially as data will only be hard on the country and the world for the first two months of a year.

Fu Linghui, a spokesman for the Statistics Agency, shared the warning. Lockdowns and other restrictions increase pressure on the economy and may weigh heavily on growth, he said.