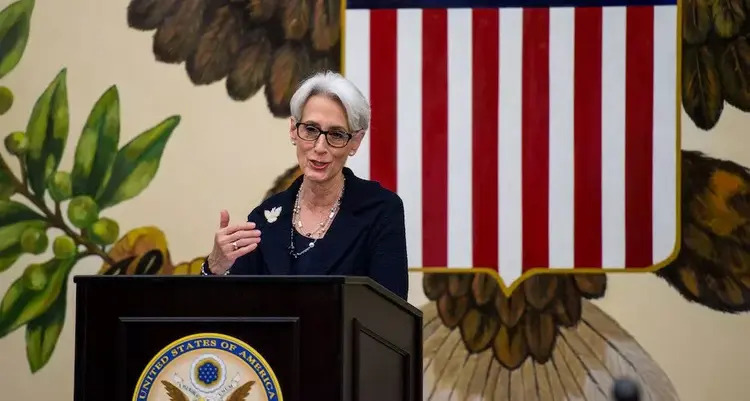 Under-Secretary of State Wendy Sherman will travel to Turkey, Spain, Morocco, Algeria and Egypt from March 4-11.

Undersecretary Sherman will begin his visit to Istanbul and Ankara, Turkey on March 4-5, meeting with Deputy Foreign Minister Zedot O’Neill and other officials to discuss Putin’s pre-emptive and unprovoked Putin invasion. The MP’s meetings include discussions on continued joint US-Turkish cooperation and our shared interest in supporting Ukraine.

Undersecretary Sherman will travel to Madrid, Spain on March 6-8 to begin the US-Spanish Cyber ​​Security Dialogue with Spanish Secretary of State for Foreign and Angels Moreno Pau on March 7. The Under-Secretary-General and the Secretary of State will meet to discuss various issues and challenges, including Russia’s invasion of Ukraine, our concerted response and strong Atlantic partnership. The Under-Secretary will meet with university students and professors in Madrid and participate in discussions with female entrepreneurs.

The Undersecretary will then travel to Rabat and Casablanca, Morocco, on March 8-9, where he will lead the U.S. delegation to the U.S. – Morocco Strategic Dialogue on Regional Policy Issues. He will have lunch working with Foreign Minister Nasser Purida and meet with other senior government officials. She will deliver the keynote address at the International Women’s Day event attended by entrepreneurs and entrepreneurs and meet young Moroccans.

Next, Assistant Secretary Sherman will travel to Algeria, Algiers, March 9-10. He meets with President Abdelmadjit Debo to discuss bilateral and regional issues. On March 10, the Undersecretary will meet with Foreign Minister Ramdane Lamara and lead the US delegation to the Fifth US-Algeria Strategic Dialogue. The Assistant Secretary will meet with high school and college students, as well as Native American business representatives who will be participating in the US-sponsored STEM program.

Finally, from March 10-11, Assistant Secretary Sherman will travel to Cairo, Egypt, where he will meet with Foreign Minister Sameh Shokri and other senior Egyptian officials. The MP will meet with Mousira Khattab, head of the National Council for Human Rights, to hold discussions with Egyptian human rights defenders and meet with young Egyptians.