Home Top News 5 Games to Play With Your Friends 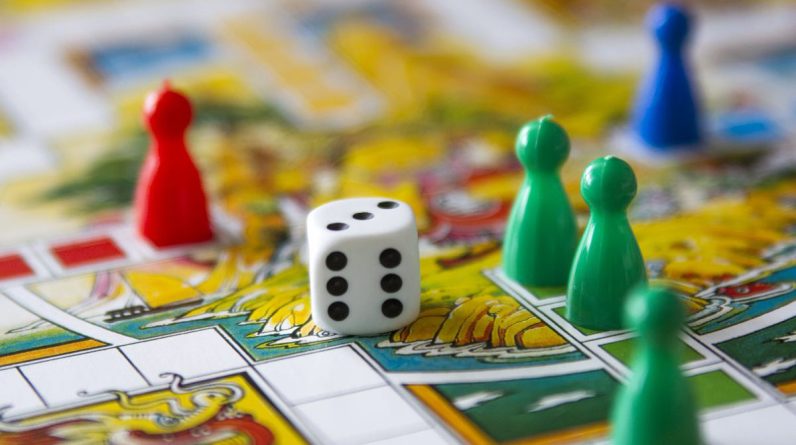 Finding a game that everyone will like when friends gather together might be challenging. Sadly, it is not uncommon for each person to bring out an electronic device and do their stuff. The finest games challenge your mind, increase your adrenaline, and bring people together. A fascinating board game may be a bonding experience for new friends, or it can be the quickest road to joy and diversion for old ones. Here are the greatest games to play with friends, ranging from multiplayer video and mobile games to amusing online choices that are excellent for a virtual game night when you’re socially isolated.

Because of the Bedrock upgrade, Minecraft now supports cross-play between virtually all supported systems. This covers the Nintendo Switch, PS4, Xbox One, PC, and even mobile devices, allowing users to play with their pals regardless of technology. PlayStation 3 is the only legacy platform that does not enable cross-play. Minecraft has almost no end, as long as players don’t become bored, making it ideal for hunkering down when they cannot leave their houses for weeks at a time.

You may want to play with your buddies at times, but you may also wish to destroy them. Super Smash Bros. Ultimate features more than 70 fighters from Nintendo’s library and additions such as Sonic the Hedgehog, Snake from Metal Gear, and Ryu from Street Fighter. Hold a four-player free-for-all or expand to eight-player clashes throughout more than 100 stages. It’s quick. It’s extravagant, and, all in all, it’s one of the finest online games.

See also  Wildlife. In Australia, a rodent resurrection is “extinct for 150 years”

Rocket League is a big game of football performed with a beach ball and exploding cars that is simple to pick up but challenging to master. It blends auto racing with FIFA for a giant game of football played with a beach ball and exploding vehicles. It’s also one of the greatest multiplayer games available online. You customize a car, make the team with friends or join some random gamers online in this free-to-play racer/baller, then boost, nudge, and knock the ball into the goal net. Isn’t it simple? Rocket League has grown in popularity to the point where it is now utilized in professional eSports and receives new content regularly, giving players plenty of reasons to return to the pitch.

If you and your family enjoy playing UNO but want to try something different, Poker is the match for you! To win the tash game, players utilize strategy and a little luck to use all of the cards in their stockpile. Players begin each round by turning up the top card on their store, drawing five cards from a central draw pile, and attempting to arrange cards from their hand and stash into four significant piles of sequential (one through twelve) cards, which all players place cards into. One of the middle four heaps is shuffled back into the main draw pile when it reaches 12 cards. You must discard one of the cards from your hand into your own personal four discard piles after you can no longer place any more cards in any of the four center heaps. Putting these cards strategically for later use (since they must be utilized top card first) will help you win in solitaire card game!

A few pick-up games of NBA 2K20 are the ideal way to get your baller fix without getting off the sofa. Alternatively, pick your favorite team, start a new season, and see if you can reach the status of GOAT. For the most authentic basketball experience in gaming, NBA 2k20 features more realistic player controls, enhanced shooting, updated collisions, and a new dribbling system.