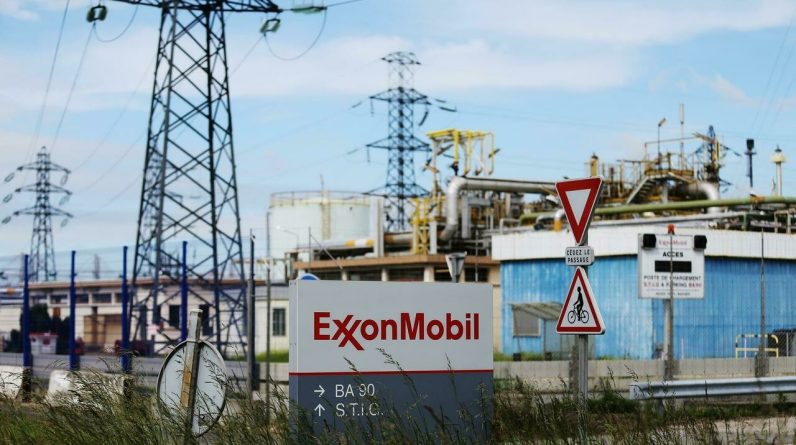 New York (AFP) – From ExxonMobil to Apple via Boeing and Ford, several giants of the US economy announced on Tuesday that they were distancing themselves from Russia after the Ukraine invasion.

These results have had a variety of consequences, from postponing the theatrical release of the film for Disney to withdrawing the multi-billion dollar plan for ExxonMobil.

But when Moscow sent its armed forces into Ukraine it sent waves of international shock, triggering severe sanctions from the West and the setback of many companies with ties to Russia.

ExxonMobil became the latest major oil group to announce its departure from the country, gradually leaving the Sakalin-1 oil and gas field.

The US company has been managing the project since 1995 on behalf of a consortium comprising Russian company Rosneft, an Indian company and subsidiaries of Japanese companies, and owns 30%.

But the “team” has begun the process of “stopping activities” in response to “recent events” and is taking steps to “gradually” emerge from it.

In the “current situation”, he chose not to invest in new projects in Russia.

The French TotalEnergies leaned towards the situation by choosing not to leave Russia and investing more money there.

“Safety of our team players”

Apple, another icon of the US economy, announced on Tuesday that it had stopped selling all of its products in Russia after suspending exports to the country last week.

The maker of iPhone phones, Mac computers and iPad tablets has limited its services, such as its Apple Pay payment solution, and removed the Russian state media applications RT and Sputnik from its AppStore.

In a letter posted on Twitter on Friday, Ukraine’s Digital Minister Mikhail Fedorov wrote: “Please … stop providing Apple services and products to the Russian Federation, including blocking access to the Apple Store!”.

Boeing, for its part, has announced that it will suspend its operational services to Russian airlines (spare parts, maintenance and technical support) and “major operations” in Moscow. The company also temporarily closed its office in Kiev.

“As the conflict continues, our teams are focusing on the safety of our team players in the region,” Boeing told AFP.

This decision could be particularly problematic for Aeroflot, which has 59 Boeing aircraft in its fleet, according to its website.

General Motors has suspended its car exports to Russia until further notice, while Ford has decided to suspend its participation in the joint venture to produce transit vans in the country.

Entertainment companies Disney and WarnerMedia have suspended the release of their upcoming films in theaters in Russia, including Pixar’s upcoming Red Alert and the latest Batman.

US payment card issuers Visa, MasterCard and American Express have indicated that they have taken steps to enforce sanctions on Russia, particularly by preventing Russian banks from using their network.

Moscow announced on Tuesday that it was preparing an order to stop the bleeding by imposing temporary restrictions on the exit of foreign investors from Russian assets.