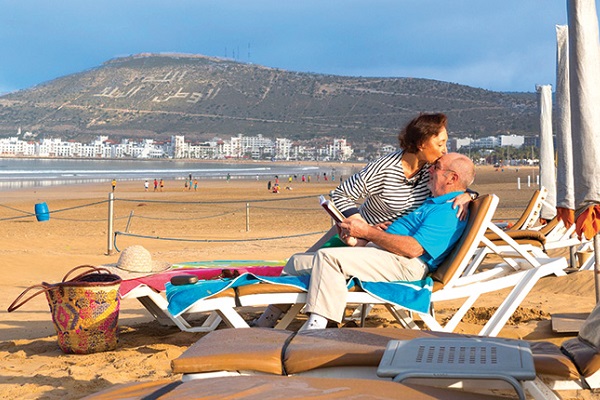 Due to its proximity to France, low cost of living, widely spoken French language, legendary hospitality of Moroccan people, its highly favorable taxation, and its climate, Morocco was hailed as the 4th best place for French retirees. The Mediterranean, with its mild winters, or the richness of its cultural and architectural heritage.

Morocco is in fourth place, behind Greece who beat Portugal (second place) and Spain (third place). The Kingdom is followed by Thailand, Mauritius, Senegal, Tunisia, Indonesia and the Dominican Republic.

The “Retirement Paradise Rankings”, published for the 10th year in a row, are the result of a compilation of 12 public and private statistics available to French pensioners planning to retire abroad based on living standards, real estate value, climate, etc. The quality of medical care, gastronomy, natural environment, cultural heritage, sports and leisure, security, integration, access and infrastructure are provided in addition to the opinion of French retirees living abroad.