Home Top News Australia: country accuses China of pointing one of its planes with laser from military ship 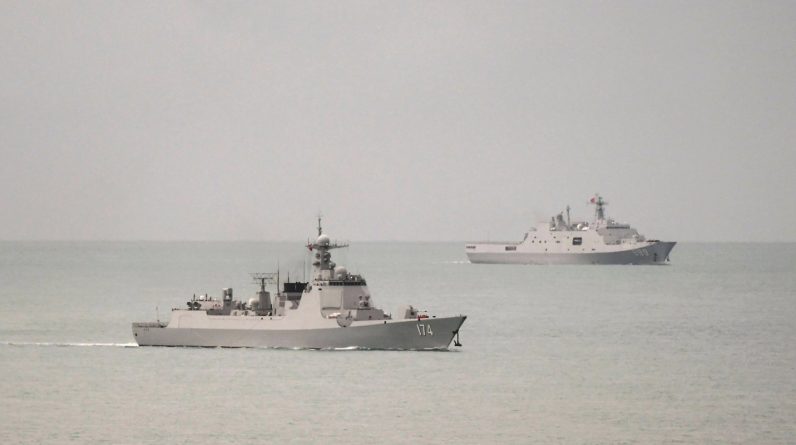 Australia has accused China of pointing one of its planes with a military laser from a Chinese navy ship, which the government considers an “act of intimidation.”

Australian Prime Minister Scott Morrison explained that an offshore patrol plane was pointed at by a laser from a Chinese ship, while flying northAustralia, Which may have put lives at risk. “I cannot see any other way than that this is an unreasonable act of intimidation,” he said, demanding answers from the people’s Republic.

Chinese Foreign Ministry spokesman Wang Wenbin responded on Monday, saying the allegations were “baseless” and that Chinese vessels, which are north of Australia, were conducting purely legal maneuvers there. “In accordance with international law, we urge Australia to respect the legitimate rights of Chinese vessels in the relevant waters and stop spreading misinformation about China,” he added.

The Chinese Defence Ministry said in a statement it accused Australian planes of coming too close to ships and dropping sound buoys nearby, which are specifically used for detecting submarines. Beijing is an act considered” provocative.”

For many years, relations have been strained between China And Australia, because of trade disputes but Diplomatic. In 2019, Canberra had already accused Beijing of targeting Australian military aircraft with a laser. The people’s Republic for its part sees strengthening the alliance between Australians and Americans with a bad eye to try to stem its influence in the Asia-Pacific.