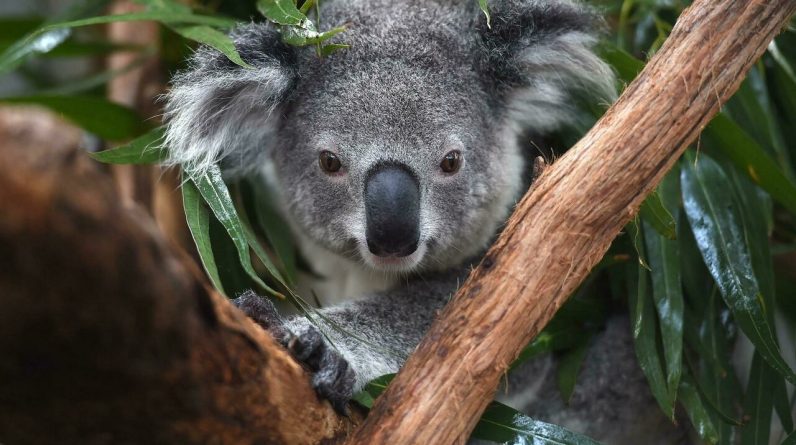 Australia on Friday placed koalas in the east of its territory on the list of endangered species. A measure that needs to be done to better protect them. For their part, conservationists are calling for more mandatory measures to maintain their habitat.

A worrying step, but one that should guarantee them better protection. Australia Officially classified on Friday 11 February are koalas of a large part of its east coast Like being “at risk”. The number of these marsupials has fallen sharply in recent years due to bushfires, deforestation, drought or disease.

Conservationists say koala populations have collapsed across much of eastern Australia over the past two decades and the animal is on the brink of extinction in those regions. Although they welcomed the minister’s announcement, they also condemned authorities ‘ failure to protect the species so far.

A collapse of “shocking Rapture”

Koala, a global symbol of Australia’s unique ecosystem, Classified as “vulnerable” On the east coast about ten years ago.

Highlighting the government’s recent promise to spend 50 million Australian dollars (31.3 million euros) to protect and restore koala habitats, the minister assured that” we are taking unprecedented steps to protect the koala.”

Koalas have gone from “vulnerable” to dangerous in the space of a decade. It’s a collapse of shocking Rapture, ” lamented Stuart Blanch, defence expert at WWF-Australia.

“Today’s decision is welcome, but it’s not going to stop koalas from sliding towards extinction unless landowners are inundated with strict laws and incentives to protect their forest habitat,” he added.

The Scientific Committee on endangered species, an independent government agency, estimated that the koala population increased from 185,000 in 2001 to 92,000 in 2021.

The East Coast koalas could become extinct by 2050 if nothing is done, says Alexia welbelov of Humane Society International. “We can’t give the solution anymore,” he says.

Australian Conservation Foundation research shows the federal government has approved the destruction of more than 25,000 hectares of koala habitat since the species was declared vulnerable.

“Australia’s environmental laws are so ineffective that they have failed to prevent the continued destruction of koala habitats in Queensland and New South Wales, requiring the species to be protected for ten years,” Trust official Pasha Stasak said. “We need to stop allowing their habitats to be razed for mining, real estate or agricultural projects and industrial logging,” he added.

Before Catastrophic fires of 2019-2020, Koalas were already threatened by land clearing, Drought, Diseases, collisions with cars and dog attacks, explained Josie Sharad, an official at the International Fund for animal welfare. “We should never have allowed things to where we might lose a national icon,” he lamented.

The bushfires were the final straw, ” she said. It should be a wake-up call for Australia and the government to act very quickly, protect critical habitats from development and settlement, and actively address the effects of climate change”.