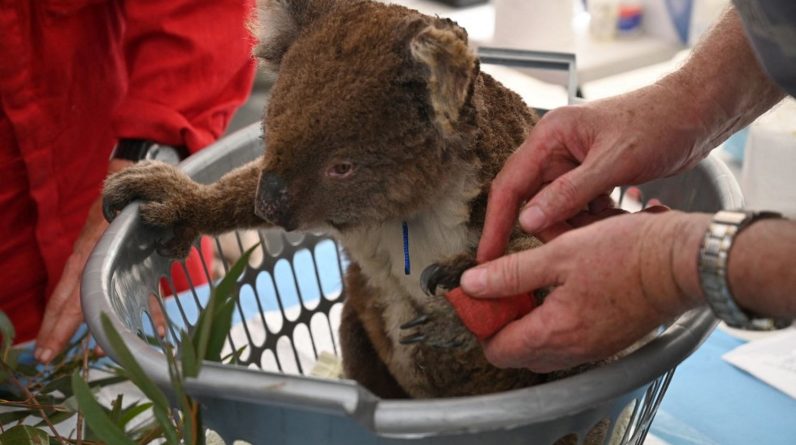 The catastrophic fires of 2019-2020 destroyed marsupial populations in some Australian coastal areas.

They are suffering from bushfires, land clearing, drought and disease. Koalas of a large part of Australia’s East Coast are officially classified, as of Friday, February 11 “At risk”. Environment minister Sussan Ley decided to provide them with high levels of protection in New South Wales, the Australian Capital Territory and Queensland.

The koala, a global symbol of Australia’s unique ecosystem, was classified as “Vulnerable” On the east coast about ten years ago. Conservationists say koala populations have collapsed across much of eastern Australia over the past two decades and the animal is on the brink of extinction in those regions. Although they welcomed the minister’s announcement, they also condemned authorities ‘ failure to protect the species so far. The East Coast koalas could become extinct by 2050 if nothing is done, says Alexia welbelov of Humane Society International.

“We are taking unprecedented steps to protect the koala”, Confirmed Sussan Ley. The minister has It highlights the government’s recent promise to spend 50 million Australian dollars (31 million euros) on protecting and restoring koala habitats. The Scientific Committee on endangered species, an independent government agency, estimated that the koala population increased from 185,000 in 2001 to 92,000 in 2021.

See also  Why is Standard being the dream hotel for Christmas in London?