Home World An Ocean Summit: More than 100 countries have pledged to protect the oceans 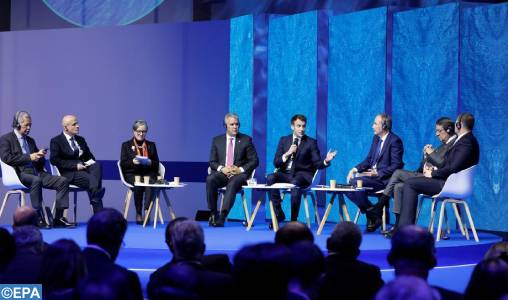 Brest (France) – More than 100 countries have expressed their commitment to protecting the oceans by participating in the “Brest Ocean Commitments” in collaboration with the UN Secretary-General, the Director-General of UNESCO and the Secretary-General of the International Maritime Organization. The “Ocean Summit” event was held in Brest from 9 to 11 February.

The summit brings together 41 states, with representatives of civil society and business holding the rotating chairmanship of the EU Council, at the initiative of France.

An Ocean Summit, organized in collaboration with the United Nations, should provide “strong political impetus” to the European and international agenda on maritime issues, particularly affecting the oceans and the successful conclusion of the “Ocean” multilateral talks that will be held in Lisbon at the end of June 2022. .

“Recognizing that the place of the sea in today’s international political agenda is not conducive to its role in the planetary climate, environment and social balance, the leaders at Brest are determined to work together to put an end to the degradation of the oceans collectively, expeditiously and systematically,” said Elysee. Mentions in the press release.

While emphasizing their commitment to “establish the sea at the center of the international political agenda”, the countries participating in the summit underscore the same source of biodiversity conservation, over-exploitation of marine resources, the fight against pollution and mitigation of climate change.

On this occasion, they pledged through various international initiatives and initiatives to work together to protect biodiversity and marine resources and to combat climate change. Participants also expressed their determination to end plastic pollution in the ocean.

Morocco was represented at the summit by a delegation led by Prime Minister Aziz Akanouch and in particular by the Minister of Agriculture, Maritime Fisheries, Rural Development and Water and Forests, Mohamed Sadiqi and Ambassador. Kingdom of Paris, Mohammed Benzeboun.