Home Entertainment Matrix 4: One of the producers attacks Warner Bros. because of its release on HBO Max 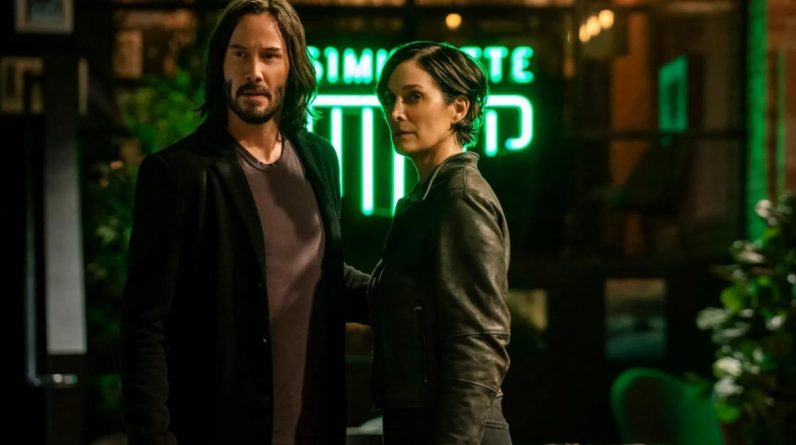 The future film about Willy Wonka is also at the heart of the conflict between Village Roadshow and the studio.

The production company Village Roadshow is obviously very upset with Warner Bros because of the release of Matrix 4, by Lana Wachowski, simultaneously in cinemas and on HBO Max in the United States. The New York Times reports as well that the studio filed a lawsuit Monday in Los Angeles Supreme Court against this longtime partner, considering that he was harmed by this release strategy. This concerned all the blockbusters of the firm released in 2021, but will no longer be used in 2022, where a 45-day cinema-exclusive release window will have to be met before a film can be offered for streaming. Throughout the year, this has led to a lot of criticism in Hollywood; not only towards this studio, moreover, Scarlett Johansson having filed a complaint against Disney for proposing Black Widow on Disney Plus right after its release in the cinema, resulting in a drop in its revenues and a shortfall for the actress, supposed to receive bonuses once certain levels have been reached.

Scarlett Johansson reconciles with Disney, after the release of Black Widow on Disney +

This complaint specifically blames Warner for making sure to get out Matrix Resurrections in cinemas in December 2021, and not in early 2022, in order to be able to impose this double broadcast on American audiences, hoping that this would help increase the number of subscriptions to HBO Max. Policy “day-and-date” that worked overall, since AT&T, which runs WarnerMedia, recently reported that HBO and HBO Max ended 2021 with more subscribers than expected, 73.8 million. However, Village Roadshow does not touch anything from the proceeds of the streaming movie, and as Matrix 4 made a flop in the USA by collecting only 37 million dollars in revenue there, its leaders consider themselves losers.

Will we see Matrix 5? Resurrections is not the beginning of a new trilogy assures Lana Wachowski

Case Wonka
The article specifies that over the past 25 years, Village Roadshow has paid more than $ 4.5 billion to Warner Bros to produce and distribute 91 films, and that they are therefore co-owners of several successes such as Joker, Edge of Tomorrow or Charlie and the Chocolate Factory. By the way, Tim Burton’s film is currently a problem, because Warner recently announced the launch of Wonka, a feature film dedicated to its main character, which this time will be performed by Timothée Chalamet under the direction of Paul King. In the same complaint, the Village Roadshow management assures that Warner is trying to put them aside regarding this project by saying that it will not be a prequel of Charlie and the Chocolate Factory (is that why it’s called “Wonka” and not “Willy Wonka” ?). The complaint is open and justice will have to officially decide…