Home Science Lego is about to launch NASA-inspired moon sets at the time of the launch of Artemis I. 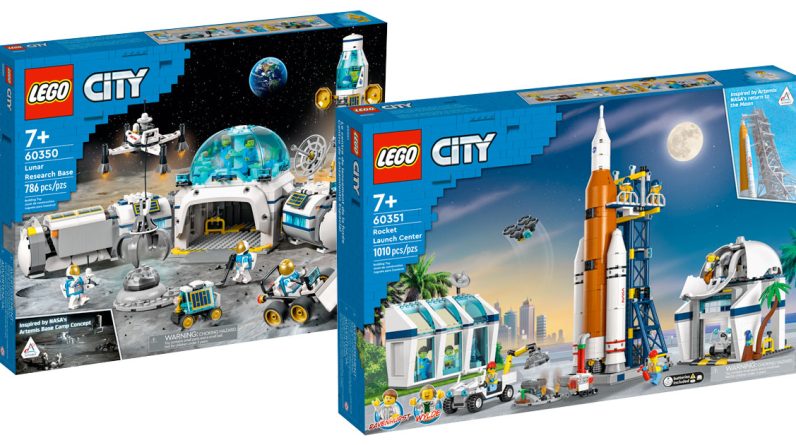 After several delays, NASA is now scheduled to launch its Artemis I moon mission in March or April.

This package includes an observation dome and missile control center and service vehicle and drone. The LEGO minifigers that come with the Rocket Launch Center suite include scientists, technicians and two astronauts, like the four minifigers flying for the LEGO education on the original Artemis I Orion spacecraft.

According to LEGO’s box art, the LEGO City Lunar Research Base was “inspired by NASA’s Artemis base camp concept”. The set includes 786 plastic bricks to build the lunar lander, a domed block with labs, a garage, an airlock and six astronaut minifigures.

The package also includes components for building the VIPER rover, based on NASA’s Waltiles Investigating Polar Exploration rover, the agency’s first lunar mobile robot. As part of NASA’s Commercial Lunar Payload Services (CLPS) initiative, the actual VIPER is scheduled to be delivered to the moon in late 2023 by the astronaut’s Griffin Lander.

The box art for the research site points to another collection coming soon, a Moon Rover. The as yet undeclared package (No. 60348) has been shown to be able to connect directly to the site to facilitate the transfer of astronauts (minifigures) back and forth.

LEGO advertises on its website: “Connect this collection for uninterrupted space fun with others in the Lego City space toy range.”

At least one set in the series is teased in a German toy table, the Lunar Space Station (60349), which is NASA’s gateway, based on the human outpost to be built in lunar orbit.