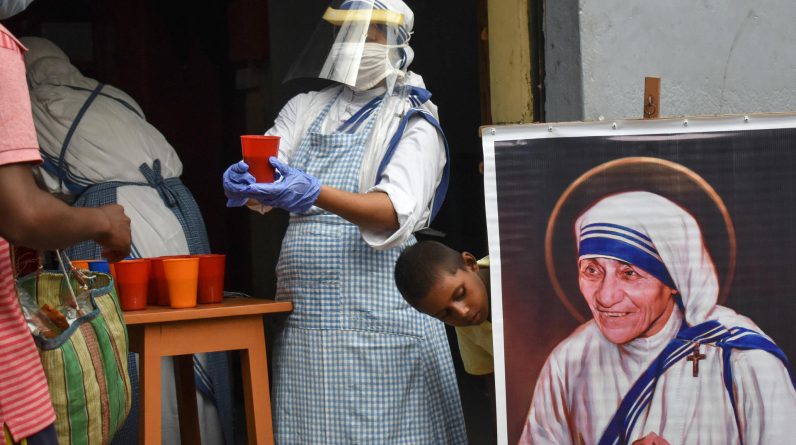 The Government of India has decided that the aid organization founded by Mother Teresa will no longer receive foreign funding. The Christian community is deeply dissatisfied with this.

According to a new decision by the Government of India, the aid organization founded by Mother Teresa Nun can no longer receive money from foreign donors. According to a statement issued by the Indian Home Ministry on Monday, the license for the Missionaries of Charity has not been renewed. Critics condemned the move as persecuting the Christian community.

The aid agency, founded by Mother Teresa in 1950, does not meet “eligibility criteria” for receiving foreign funding, according to a statement from the Interior Ministry. A review revealed “undesirable contributions” to the company. The ministry did not provide further details.

Two weeks ago, the Gujarat State Police launched an investigation against the Missionaries of Charity. Representatives of the organization have blamed Hindus To be changed to Christianity To force. The charge of “forced conversion” is being leveled by Hindu nationalist extremists In that event Raised again and again.

Dominic Gomez, Vicar General of the High Diocese of Kolkata, described the decision as “a terrible Christmas gift for the poor”. Missionaries of Charity runs shelters for the homeless and the poor across India. According to the Daily Hindu, the organization received $ 750 million (2 662 million) from abroad in the 2020/21 budget year.

Since Prime Minister Narendra Modi’s Hindu nationalist government took office in India in 2014, activists in the country have complained of increasing discrimination against religious minorities. The U.S. Commission on Religious Freedom, for the first time last year, described India’s situation as “worrying” in terms of religious freedom.