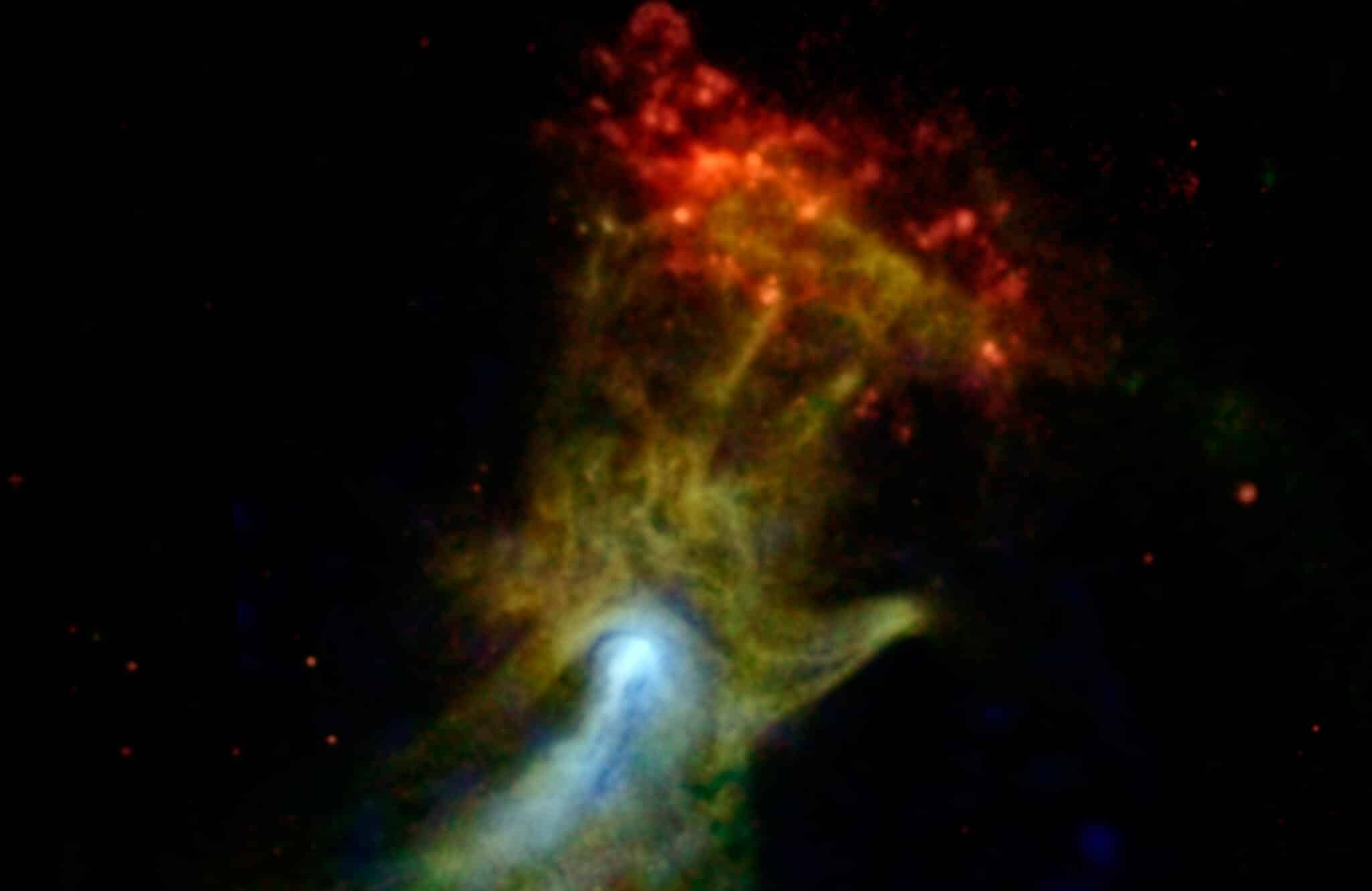 This week’s space photo is of this beautiful photo of the Pulsar PSR B1509-58. In 2014, NASA’s Nustar telescope photographed this pulsar and a mysterious hand appeared.

PSR B1509-58 is 17,000 light-years from Earth. The 150-light-year-old nebula is illuminated by the dead star Pulsar. After the supernova eruption, there is an area of ​​the center. This pulsar is 19 kilometers in diameter, but it rotates on its axis at least seven times every second. It emits star particles, which again interact with the gas of the supernova residue. This material gives off X-rays, which are seen with the open hand on this X-ray.

Pulsar is not visible in this special photo. The dead star is just above the bright white dot below the arm.

Unresolved questions
There are still some unresolved questions about PSR B1509-58. The key question is: Does the contact between the particles coming from the pulsar and the supernova particle give the appearance of a hand or does the object take the shape of a hand? “We do not know whether hand optics is an illusion or not,” said Hangjun Ann, a McGill University scientist. “In this Nustar photo, the hand looks like a fist, which gives us some ideas.”

Successful year for NuSTAR
This cosmic “Hand of God” photo may be the most famous photo of Nustar’s work. The Nuclear Spectroscopic Telescope Array (NUSTAR) is currently active and continues to make headlines this year. Recently Nustar was used Seeing light from the back of the black hole for the first time. Earlier this year, astronomers made the discovery Remains of a star that erupted in 1987.

Over the past decades, space telescopes and satellites have captured beautiful images of nebulae, galaxies, star nurseries and planets. Every weekend we remove one or more interesting space photos from the archive. Enjoy all the photos? Look at them On this page.
See also  Ecology and Evolution: Ecology and Evolution: Animal Peoples: News:

Get the most beautiful space photos and interesting popular science articles every Friday. Get the free Scientias magazine with 50,000 people.