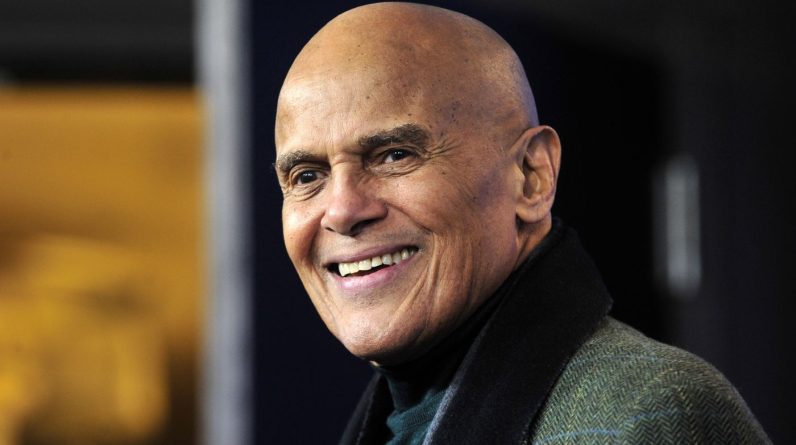 Harry Belafonde, a 94-year-old African-American singer, actor and civil rights activist, was presented with the Knight of the Legion of Honor title by the French Ambassador to the United States in New York on Thursday evening. Friday.

During a private ceremony in New York, in the presence of Mr Belfonde, Ambassador Philippe Etienne said, “Harry Belfonte’s exceptional and unprecedented place in public life (which) represents dear values ​​for the United States and the French Republic.”

In these “values”, the French ambassador quoted many of the basic principles of our democratic communities: “Freedom, equality and the guarantee of human rights for all”, according to the embassy’s cultural services press release.

Thus, “Mr. Belfonde’s unique impact on the lives of blacks and American culture for more than seven decades inspires future generations in France and other parts of the world.”

With a mesmerizing voice and charming physique, Harry Belfont, nicknamed the “King of Calypso”, rose to prominence in the 1950s and marked his time in the United States with his fight for humanitarian beliefs and civil rights.

Harry Belafonde, an African-American artist and civil rights activist photographed at a concert in Paris on September 24, 1988, was on Thursday knighted by France by the National Order of the Legion of Honor / AFP / Archives in New York.

Harold George “Harry” Belafonte was born on March 1, 1927 in Harlem, North Manhattan to a Jamaican mother and Martinique father.

After drama lessons and cabaret performances, he made his Broadway debut in 1953 with an award-winning musical (“Famine”). Later, he made a career in cinema from “Carmen Jones” (Otto Priminger, 1954) to “Buck and his partner” (Sidney Poitier, 1972) and “Bobby” (Emilio Estevez, 2006).

In terms of music, he hit the cover with the slave song “Day-O” in 1956, and his album “Calypso” became the first album in history to exceed one million copies.

Since 1960, the artist has won six gold records and several Grammy Awards, has been involved in many humanitarian causes and has become close with Reverend Martin Luther King.

In the 1980s, he rallied against racism in South Africa, promoting the success of “We Are the World” and being a goodwill ambassador for UNICEF for more than 30 years. In 2014, he received an honorary Oscar for his work on civil rights and children.