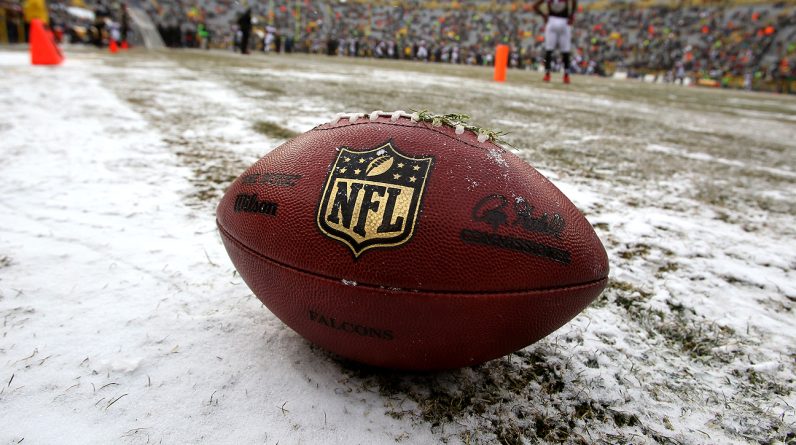 Buffalo and New England were hardly in a unique position when they met at Highmark Stadium on Dec. 6, 2021 in Buffalo, N.Y. The Bills and Patriots were forced to battle 50-55 mile wind gusts during a Monday night football game. New England coach Bill Belichick turned back the clock, utilizing a run-heavy game plan to take control of the AFC East with a 20-19 victory.

The Patriots had closed as 2.5-point underdogs according to the Vegas NFL odds on BetUS. With football, the NFL is always at the mercy of Mother Nature. While the NFL does have seven domed stadiums, even those venues with roofs have to take extra precaution. The start of the Las Vegas Raiders and Los Angeles Chargers game inside Sofi Stadium in Los Angeles was delayed due to the lightning in the area, despite the stadium having a roof.

Football lore celebrates the bad weather and elements that come with playing football outdoors in the winter and no game is more famous than the 1967 NFL Championship game, better known as the Ice Bowl.

The game was played at Lambeau Field in Green Bay, Wisc., in temperatures that plummeted to -13 below zero. In front of a crowd of 50,000, both teams would engage in a game that is still talked about decades after it happened. Early in the first quarter, the official went to blow the whistle and when he went to take the official out of his mouth, it removed some skin from his lips. For the rest of the game, the referees didn’t use whistles.

Dallas rallied from a 14-point deficit and took the lead, 17-14, in the fourth quarter when Lance Rentzel hauled in a 50-yard touchdown pass from future NFL head coach Dan Reeves. Bart Starr would score the game-winning touchdown for Green Bay on a quarterback sneak with 8 seconds remaining.

Raiders Victims of their Own Game

Three Rivers Stadium in Pittsburgh was notorious for having a turf surface to play on. Many players likened it to being tackled on concrete. But when the then-Oakland Raiders came to play in the AFC Championship game in 1975, Raiders owner Al Davis, who was no stranger to gamesmanship himself, would be fuming about what the conditions were like.

Nasty weather had rolled into PIttsburgh and left the areas of the turf along the sideline covered with thick patches of ice. Davis believed the Steelers’ grounds crew had hosed down the sidelines to make things more difficult for star receiver Clifford Branch and the Raiders’ passing game.

Whether intentional or not, Oakland’s offense never got going and the Steelers beat them 16-10 on their way to Super Bowl X.

The Miami Dolphins coach could stomp and shout all he wanted. NFL Commissioner Pete Rozelle wasn’t going to reverse the result of the Patriots’ 3-0 victory over the Dolphins on Dec. 12, 1982. New England and Miami were locked in a scoreless, defensive struggle late into a divisional matchup during a strike-shortened season.

With 4:45 left in the game, the Patriots were threatening to break the tie when they had driven through the snow down to the Miami 16-yard line. New England coach Ron Meyer then told snowplow operator Mark Henderson to go out and clear a spot for kicker John Smith. Henderson obliged and went out and cleared a spot, Smith made a 33-yard kick and the Patriots stole a 3-0 win.

The NFL would ban the use of snowplows on the field the next season. In the big picture, Miami would later eliminate the Patriots from the playoffs during its run to Super Bowl XVII. The Dolphins to Washington 27-17 in the Super Bowl.