Home World Explosion in the Canaries: 33,000 people are trapped 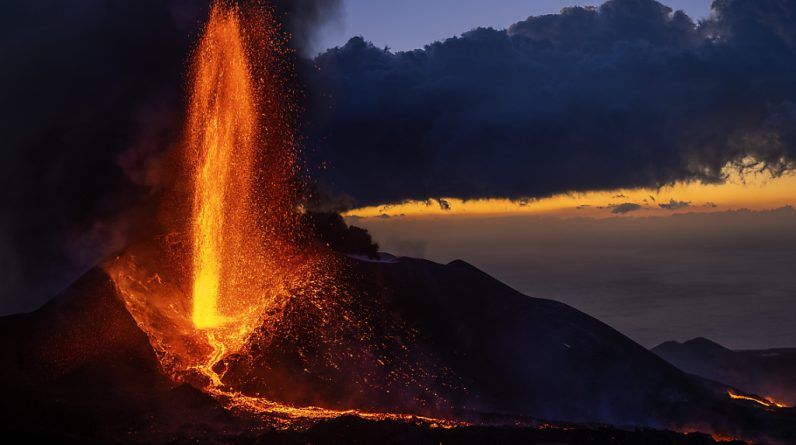 Local authorities say about 33,000 people living on the island of La Palma in the Canary Islands have been ordered to restrain themselves from the toxic gases emitted from the Campre Vieja volcano. The volcano erupted almost three months ago.

The archipelago’s regional government has ordered the closure of people (in municipalities) in Las Lanos de Ariden, El Paso and Dacagorte because air quality is so unfavorable due to volcanic sulfur dioxide. Report.

These three municipalities make up about 33,000 people, or 38% of the total population of the island of La Palma, according to the Spanish National Statistics Institute (INE). Close doors, windows, and shutters to prevent air from entering. If possible, confine yourself to rooms located far away from home, the regional government advises.

‘Turn off air conditioning and heat’, he argues, ‘for extra protection, tape should be placed on the joints of doors and windows’. ‘If you find yourself outside, know that a car is not a safe place, confine yourself to the first building you find,’ the officials added.

This is the first time in 50 years that the Compre Vieja volcano has erupted on September 19 on this small island in the Atlantic Ocean. It did not claim any lives, but caused extensive damage and evacuated more than 7,000 people in total, some of whom lost everything under the lava. It was the longest eruption known to the island and the third in a century, after the eruptions of San Juan in 1949 and Tenigua in 1971.