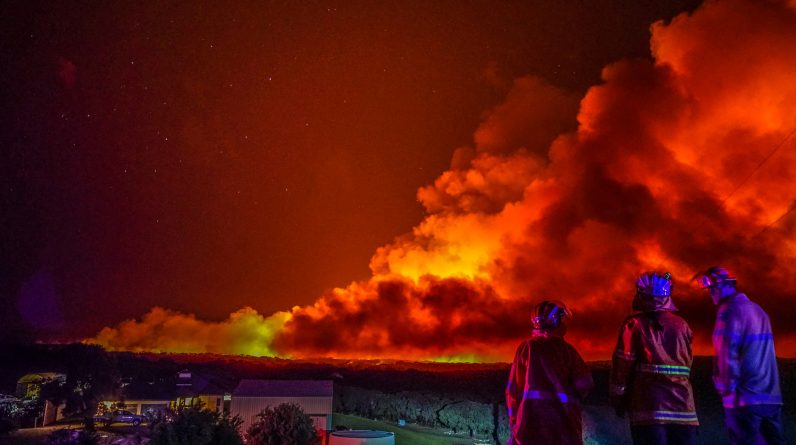 On the same day, Friday, December 10, Australia experienced two major natural disasters. Wildfires in the west and floods in the east. An alarming phenomenon that should be underlined.

With an area ten times larger than France’s, the country has seen its west coast destroyed by fire as the east coast struggles with heavy rainfall.

However, authorities did not report any injuries or damage to the houses, but large flames were seen over a wide area, sending large smoke columns into the sky.

This Friday alone, local officials said more than that 5,000 hectares were set on fire 150 firefighters were mobilized on the ground and tried to extinguish the fire near Corridel.

Warnings were triggered and some residents were asked to leave their homes. “Act immediately to survive,” the state fire department insisted.

From the fire Flood, Australia has been dealing with recent climate extremes. Thus the Pacific coast was affected by rain for several months. Similarly, the summer wildfires in this part of the country were the worst in the country’s history.

Scientists believe that extreme weather events have been exacerbated by climate change caused by human activities.