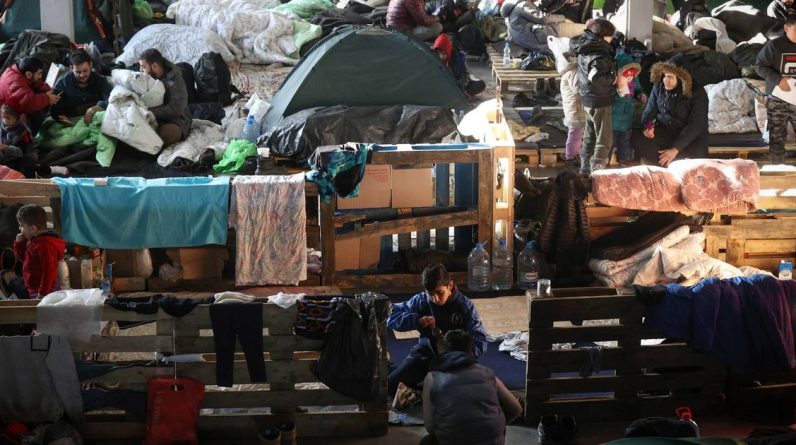 The European Union (EU) on Thursday imposed sanctions on Belarusian government officials and airlines, tourists and hotels involved in the transfer of EU immigrants. The United States, the United Kingdom and Canada are also introducing new sanctions against the regime of Belarusian President Alexander Lukashenko.

European sanctions target Belarusian airline Belavia and Syrian company Sam Wings. In addition, Belarus is targeting border guards, tour operators, hotels and top officials of the Passport and Visa Service in Turkey. Sanctions should make it harder for the regime to bring people from poor and conflict-ridden countries in the Middle East to Belarus and try to get them into the EU.

The European Union (EU) has accused Belarus of triggering a border migration crisis in response to European sanctions imposed after Lukashenko’s election victory in the summer of 2020. .

In all, the fifth set of European sanctions targeted 17 individuals and 11 government departments and organizations supporting Lukashenko’s regime. The list also includes high-ranking judicial, executive and state media officials who have contributed to the ongoing repression of anti-democratic, civil society and the independent media. In total, there are already sanctions against 183 individuals and 26 companies. Their assets are frozen and European citizens and companies are not allowed to finance them. The European travel ban also applies to individuals.

The United States, the United Kingdom and Canada announced new sanctions at the same time. “We are determined to act against a brutal regime that will increasingly oppress the Belarusians, undermine peace and security in Europe and continue to exploit people who want to live freely,” said US Secretary of State Anthony Blinken. His country imposed sanctions against 20 individuals and 12 organizations.