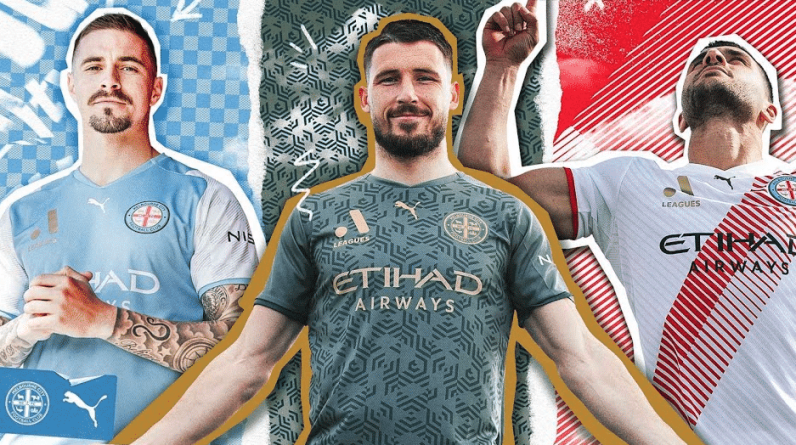 Brisbane Roar FC’s most Dutch clothing, Adelaide United winemakers’ clothing … Zoom in on the 12-team shirts in the A-League.

It’s time to put off surfboards and rugby tees, football is back in Australia. Opportunity to review the jerseys of the teams entering the 17th edition of the A-League, a championship without Nike and Adidas.

Brisbane Roar FC, a tribute to the club’s appearance

Before Brisbane became Roar FC, the club was called Hollandia Inala. It was founded by Dutch immigrants, hence its name at the time. The Australian club featured in its jersey for the 2021-2022 season precisely this tradition. Precisely, the club had to change its name following the decision of the Queensland Football Association. At the time, Australian clubs had to have unethical names.

The orange, home shirt features a special badge on the inside of the collar that celebrates the club’s history (Visible on the fourth slide). It refers to the widespread lion, a medieval symbol used throughout Europe, especially in the Netherlands which is still the symbol of the Football Confederation today.

Away jersey and third kit with an embroidered patch. The logo has the number 3 star on it, indicating the number of championships won by Brisbane Roar FC.
.

“If you give your all to what is written on the front of the shirt, everyone will remember what is written on the back.”. Rather than Nick Montgomery already being noticed with a meaningful quote, he immediately became the CC Mariners coach. The phrase that apparently delights club leaders since it appeared on the edge of the jersey.

Tribute to Opera for Sydney FC

Made by Under Armor, Sydney FC jerseys have a very specific material. For example, the color of home decor usually refers to the blue sky over an Australian city. The third dress, which represents the Sydney night sky. Finally, the graphics that enhance the three jerseys represent the sails of the Sydney Opera House.

Opened in 1973, this building, located in the city harbor, is one of the most famous buildings in the country.
.

A graphic made with the date Perth Glory was installed

Perth Glory, located in Western Australia, is one of the most historic clubs in the country. This year, the Australian team is celebrating its 25th year. To celebrate this year’s anniversary, its supplier, Macron, has created a special homemade jersey. Orange and purple, adorned with diagonal stripes, in which the inscription appears 1996. Number indicating the date the club was formed.

Another detail is that the Italian equipment manufacturer has updated the first logo in the club’s history. This is also visible in the away jersey.
.

Melbourne Victory is the second most successful club in Australia after Sydney FC (5), with four A-Leagues to its name. As for the jersey, the Melbourne organization is known nationwide for its scapular jersey, similar to the Girondins de Bordeaux in France. This geometric pattern has been visible in the club’s clothing since 2008.

Melbourne Victory FC, which has been fitted with adidas since 2011, has signed with Macron this season.
. 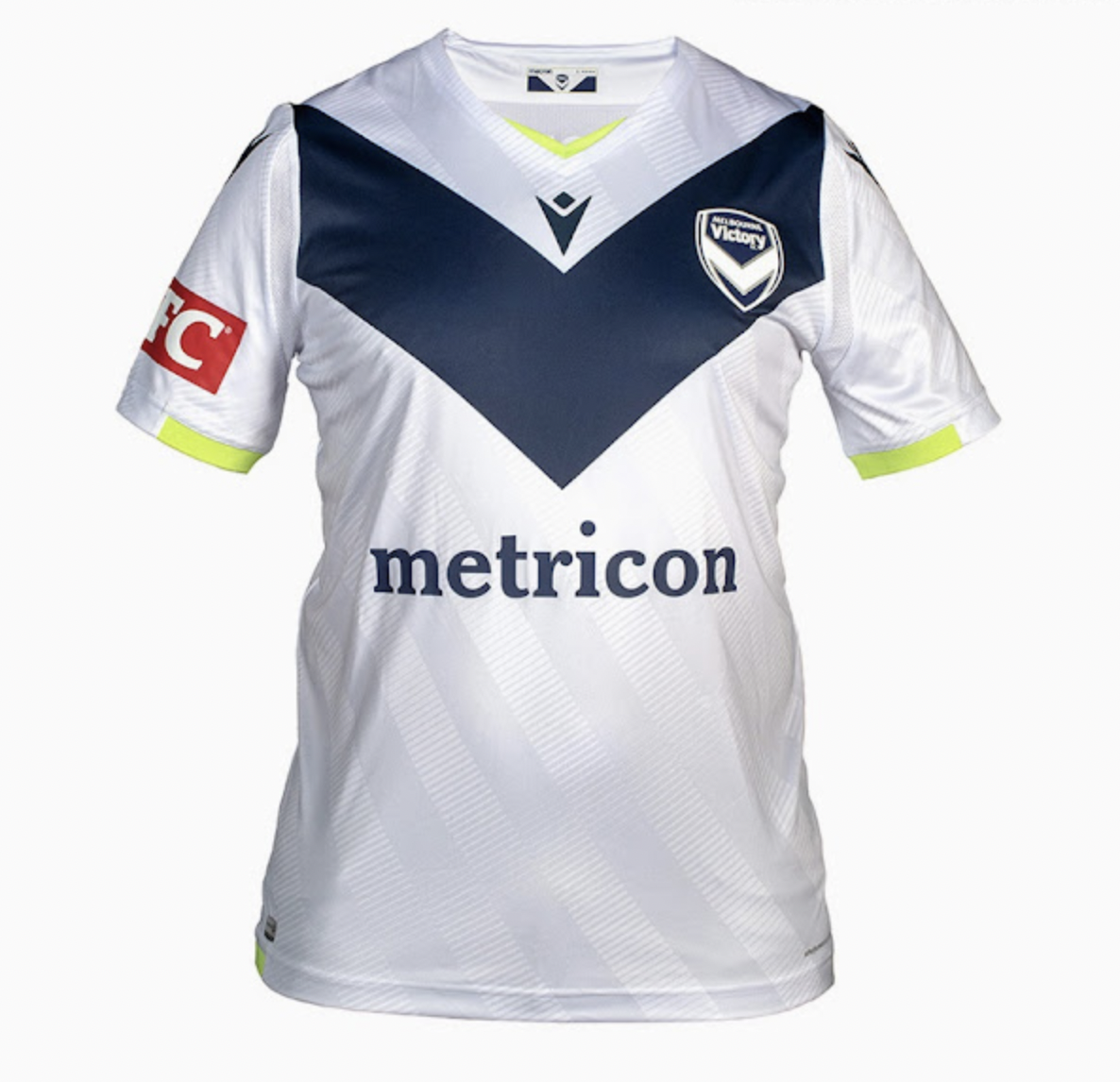 In the southwest of Sydney, McCarthy FC was founded in 2017. Young, the club has a modern visual logo like its logo adorned with a bull. The latter refers to a herd of two bulls and five cows that escaped from Sydney in 1788. Seven years later it was discovered in the west of the city, and the number of cattle increased considerably. According to local officials, this was considered too wild. The story of wanting to get inspiration from leaders to continue in the A-League. Good metaphor.

On the other hand, the same cannot be said of jerseys. Black and white, homemade jersey is very basic. On the other hand, outerwear has an original character. Made by Macron, it has a black collar reminiscent of bull horns. Subtle.
. 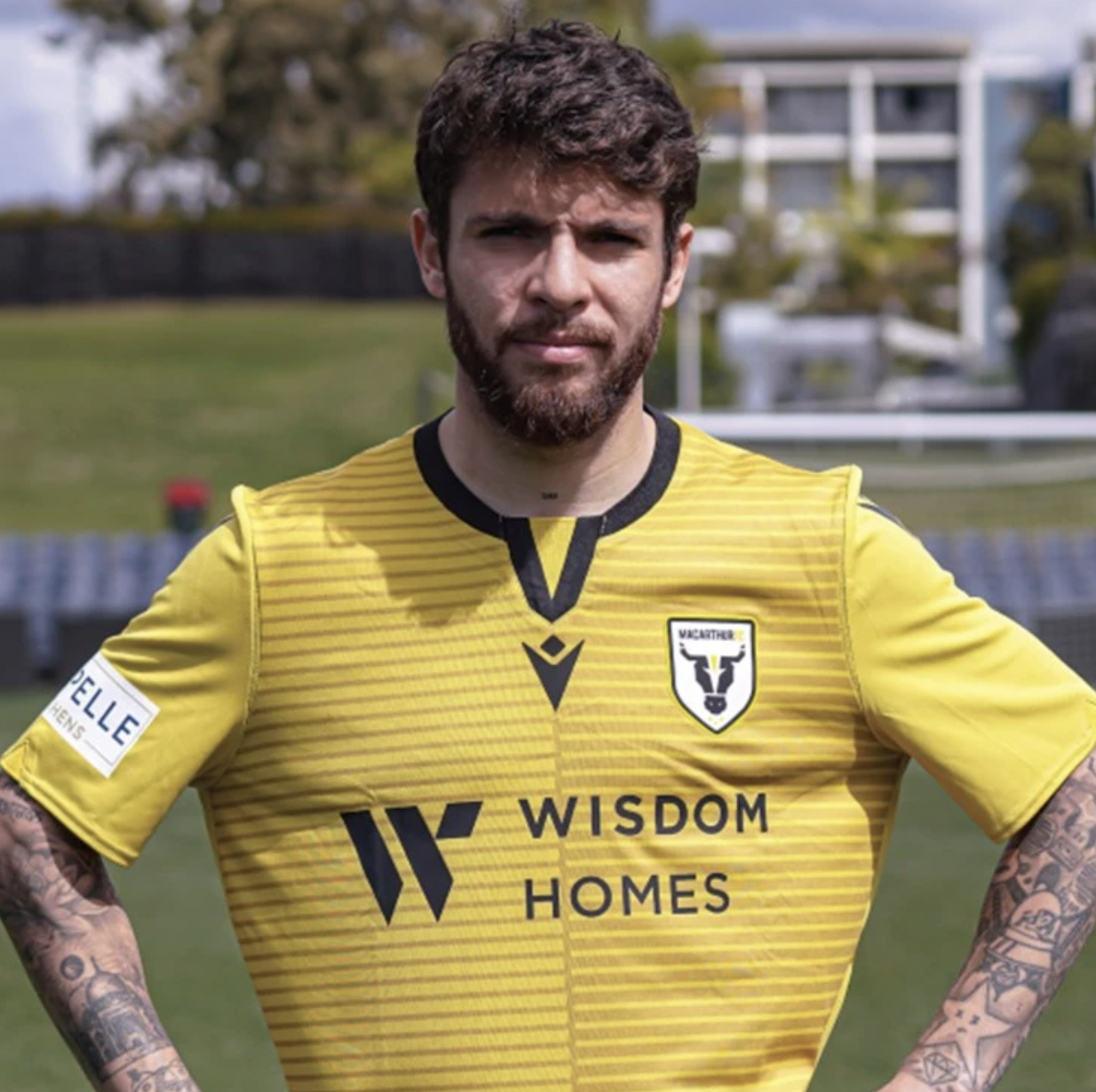 Founded in 2017, Western United FC has only known Kappa as an equipment supplier since joining the A-League. For Australian training jerseys, the equipment supplier is relaxed in home decor in any case. For the club’s second outfit, Kappa was inspired by Western urban culture. The colored lines were made like graffiti.
. 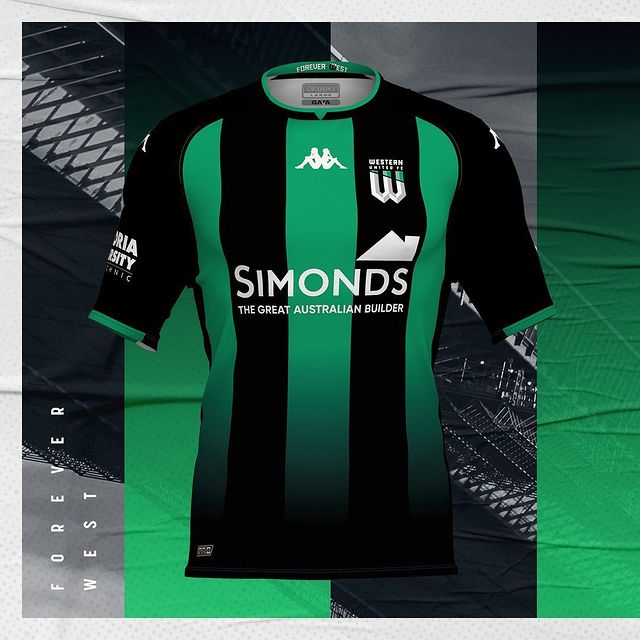 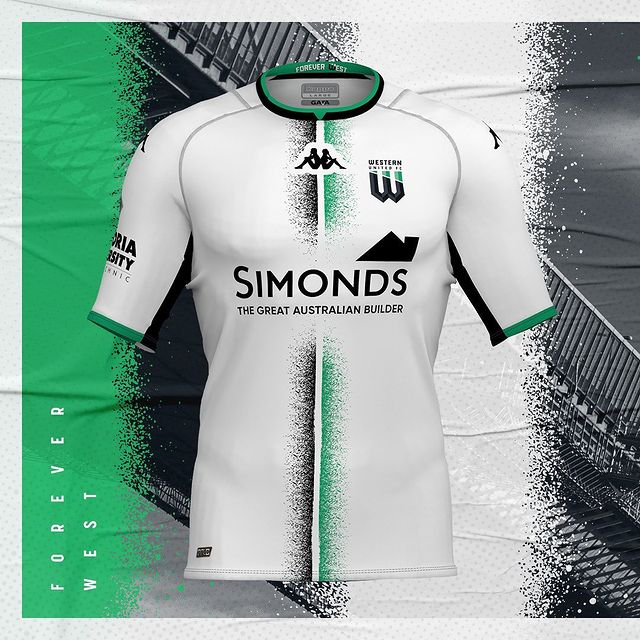 This season, Jets in Newcastle is relying on Australian equipment maker VIVA. Launched in 2011, the brand is based in Adelaide, South Australia. In A-League, Newcastle is one of three teams to trust the local brand. The jerseys made by VIVA show the original graphics and have jets hidden in them. They look like the club logo.
. 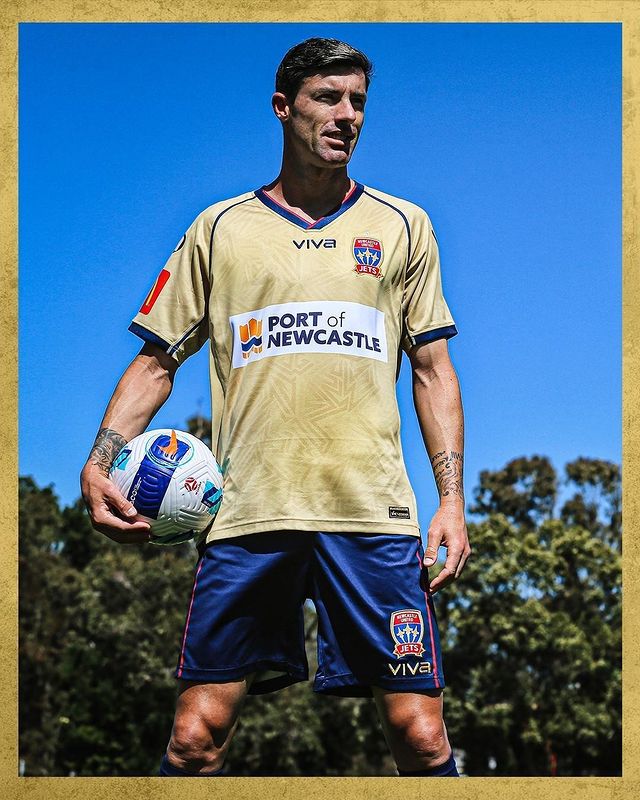 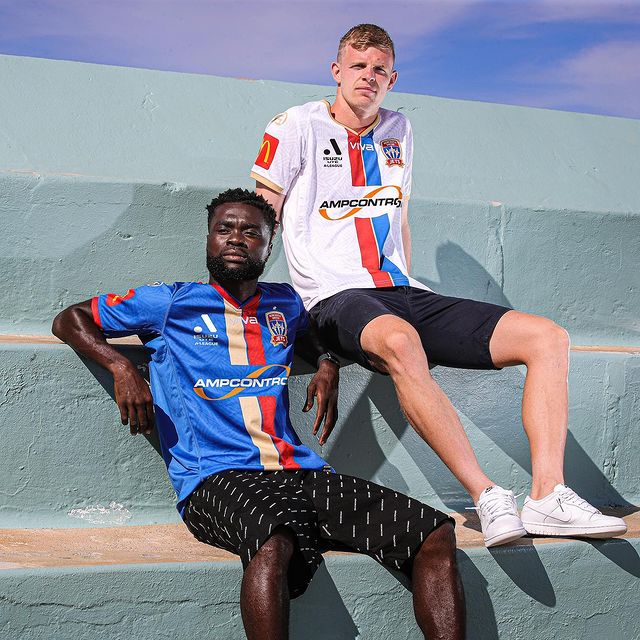 Wellington Phoenix, simplicity above all else

A-League is also home to the Wellington Phoenix Club of New Zealand. Knicks makes a special creation because it is one of the rare teams to form in a different federation (Asia) because it is based country (Oceania). In the Wellington Phoenix jersey, managers play with this difference. Paladin-designed dresses are marked with New Zealand borders on the back of the jersey.
. 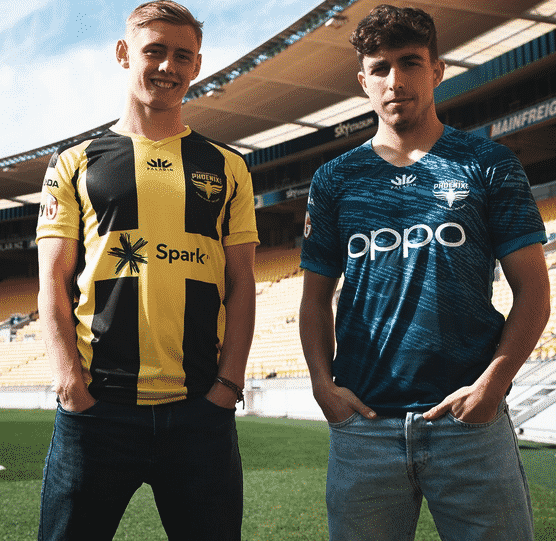 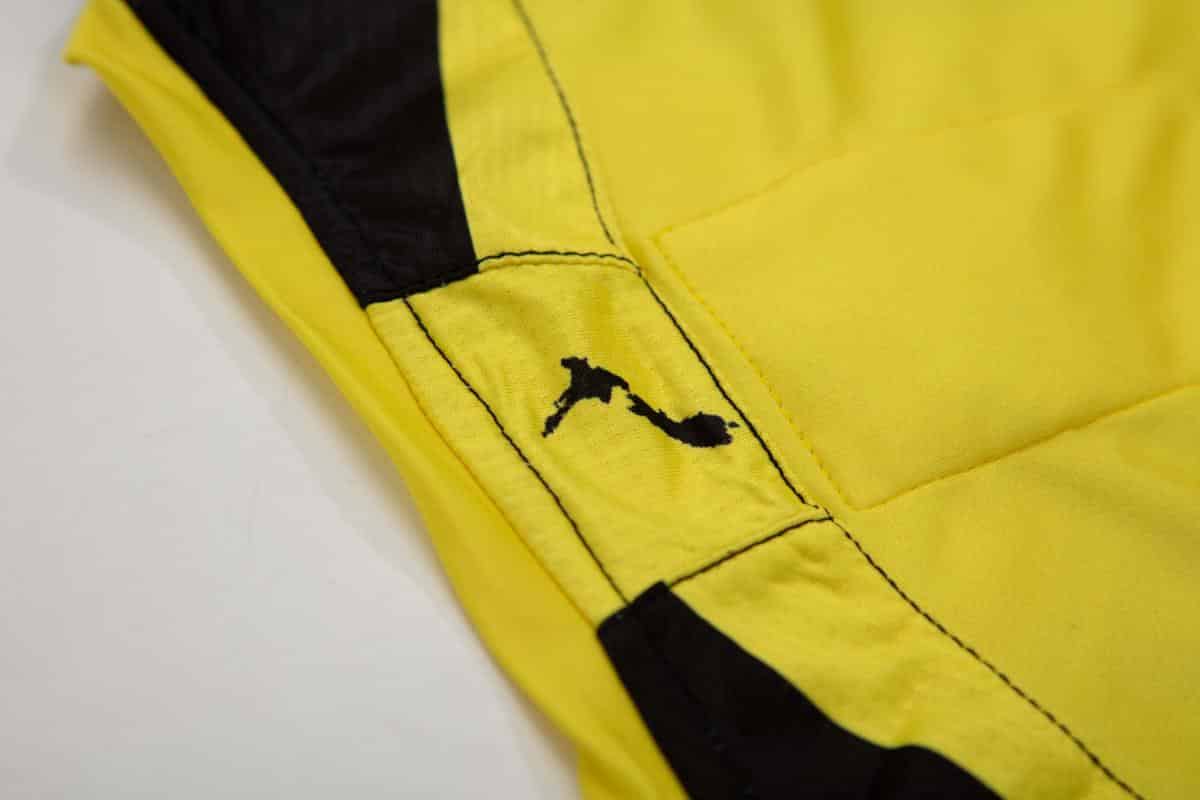 Melbourne, which was bought by City Football Group in 2014, is developing similar to Manchester City in Puma. The Australian club, which won the championship last season, focused on the communication campaign of its new jerseys around the title. The club especially changed the A-League logo with a gold dot (Slides 2). Of course, it does not appear on the jersey worn by the players.

See also  'It's over for Paul Pogba at Manchester United'

Jerseys, on the other hand, have no storytelling. The German label used a basic template for every decor.
. 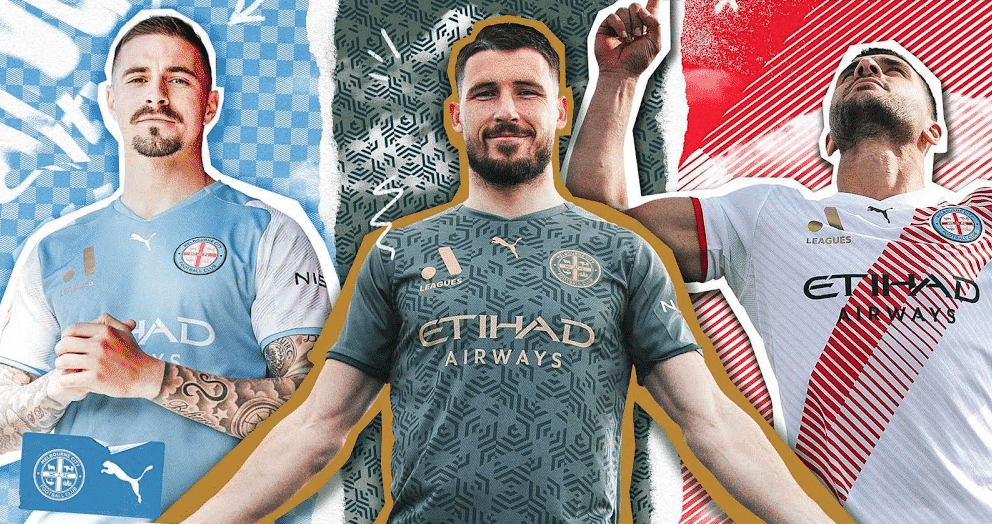 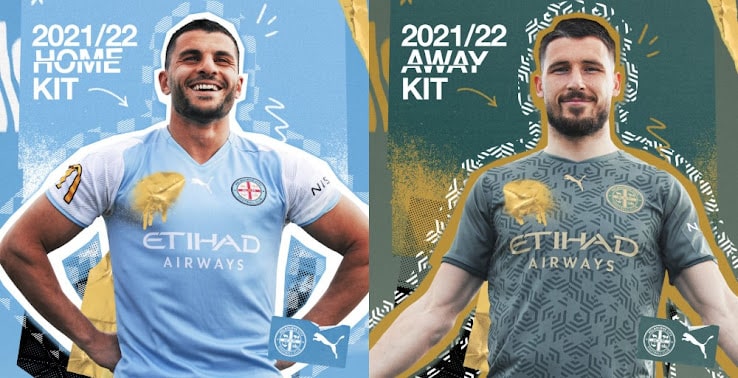 Adelaide United has been equipped with UCAN since September 16, 2020. Founded in 1988 by Chinese footballers and brothers Zhao Daeu and Zhao Doxin, the equipment manufacturer is based in Guangzhou, China.

Almost non-existent in football, the Chinese brand tries to stand alone with the help of work graphics. For example, Adelaide United’s home shirt has a coral shape, representing the desert plant Swainzona formosa. It is the symbol of the state of South Australia, where the AUFC is located.

For the outgoing jersey, UCAN was inspired by the vineyards of the southern Australian (southern) state. Geometric lines correspond to flags. As a reminder, this part of Australia is the largest producer of wine in the country.
.
Adelaide United Jersey 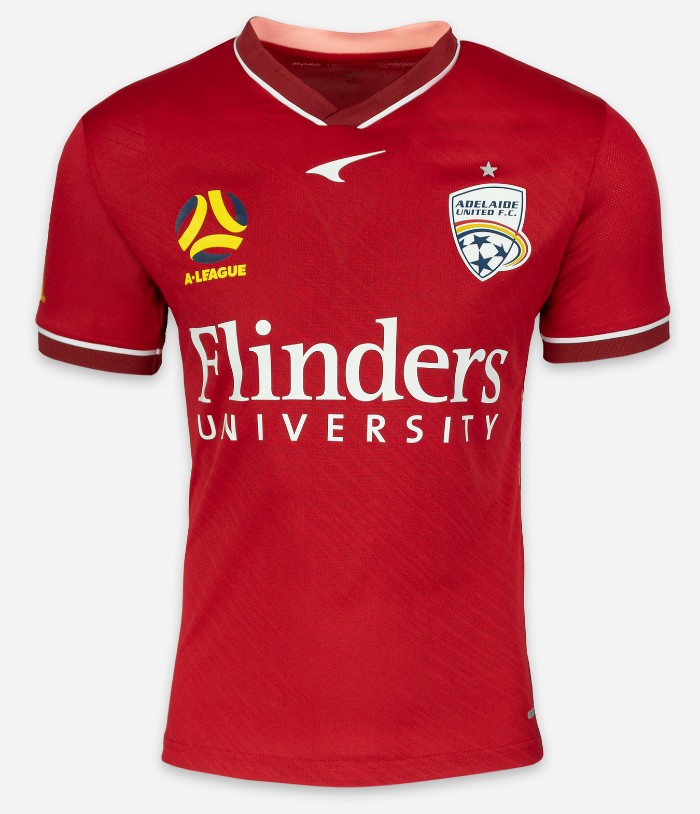 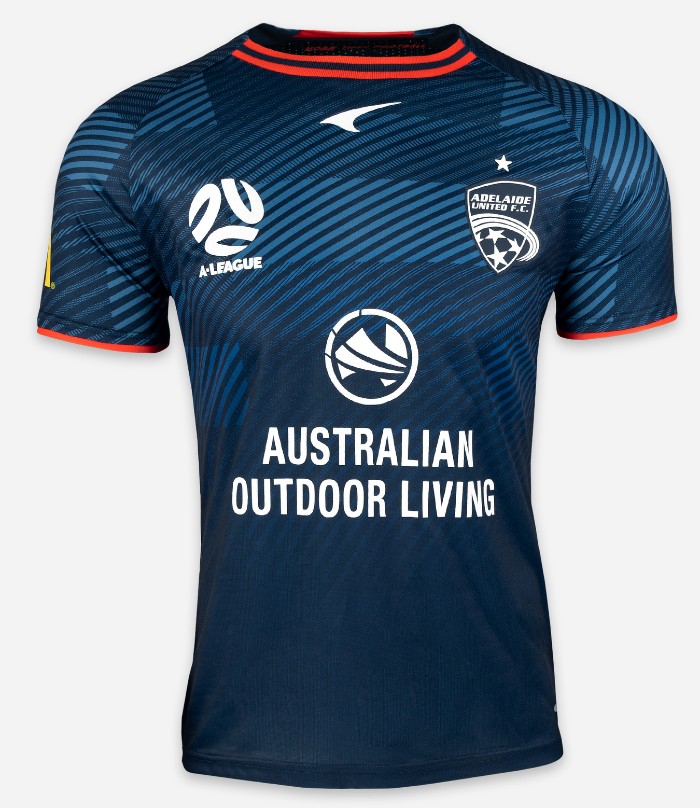 Western Sydney Wanderers, a tribute to the club’s history

Another detail is the X on the back of the collar on the jersey (Roman numeral 10).
. 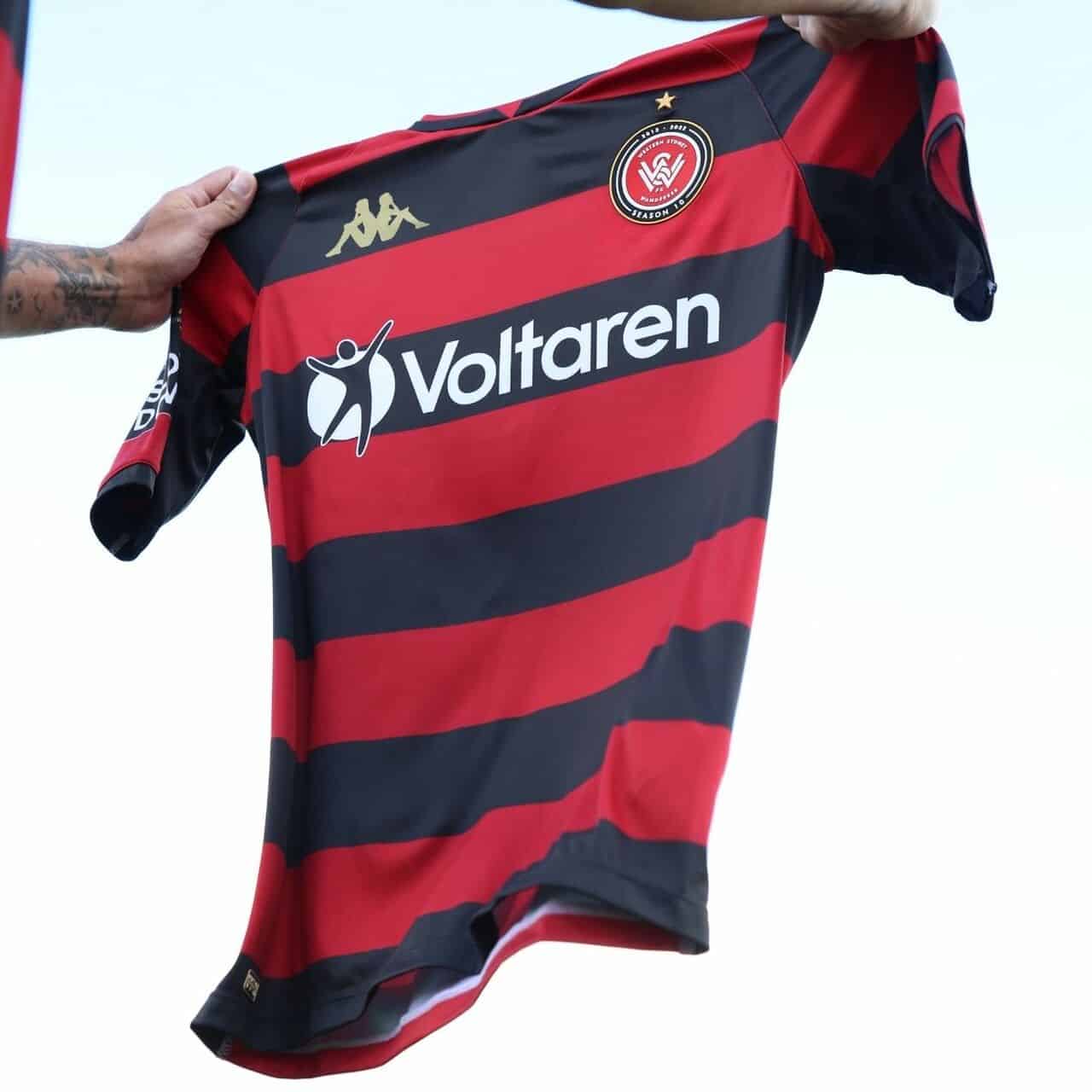 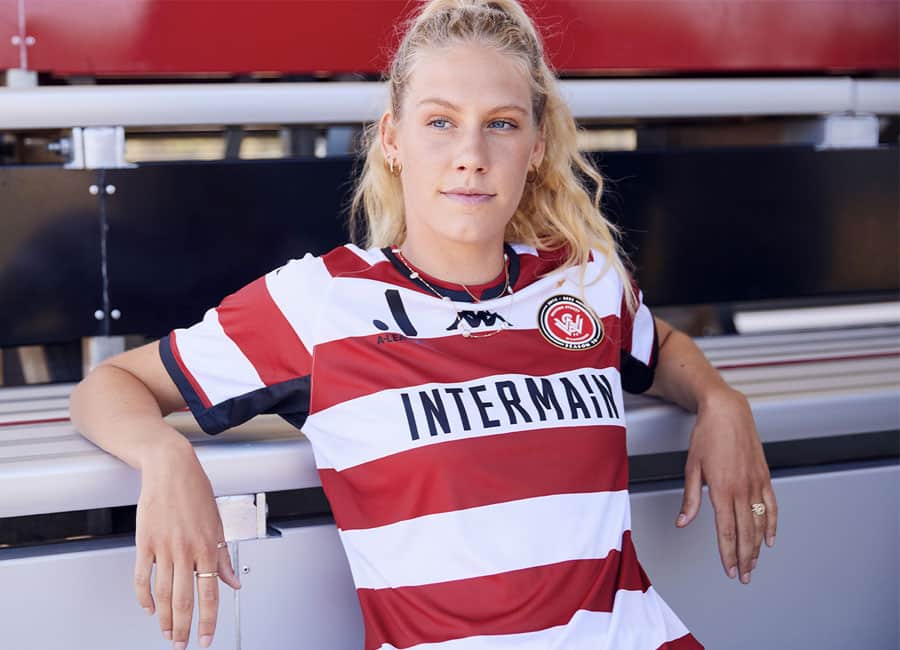