Home World France bans sale of cats and dogs at pet stores: “They are not toys or products” International 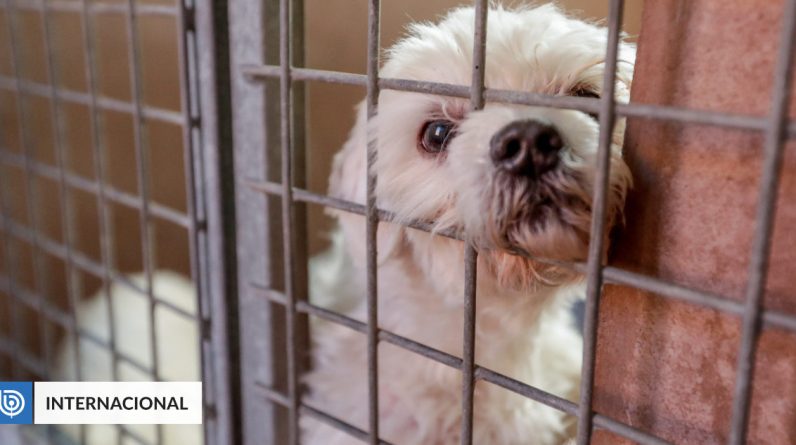 The bill was approved by the French legislature on Thursday “Fight Against Animal Abuse”, That Prohibits the sale of baby cats and dogs in pet stores.

It is also reported that it will be gradually controlled The presence of wild animals in the circus.

According to the Minister of Agriculture, pets are not “toys, products or consumer goods”. Julian Tenormandi, Celebrated on Twitter “An important improvement” In the fight against the abandonment of these animals.

One of the two Frenchmen owns a pet, but they are abandoned every year About 100,000 pets.

The proposal, which was approved by the Senate this Thursday after being approved by Parliament, toughenes penalties for misconduct or abandonment.

Voluntary killing of a pet is considered a crime and not a normal crime.

Misbehaving criminals should attend awareness training. To avoid buying with impulsiveness, future animal owners should get one “Certificate of Commitment and Knowledge”.

Foundation Brigitte Bardot, One of the most mobilized associations Protecting animal rights in France, He congratulated himself for a law he described “Historical” And in his opinion allows the country to stop being in Kapus in Europe.

The sale of cats and dogs is banned in France

Loic Dombreval, A spokesman for the House of Representatives and a member of the ruling party said there would also be a debate on bullfighting this week.

The The sale of puppies of dogs and cats in pet stores will be banned from January 1, 2024.

These can no longer be displayed in store windows and can be sold online It will be better organized.

Of the 21 dolphins and 4 orcas in Dolphinariums in France, they can no longer keep these cetaceans for up to five years.

Mink farms for their fur will also be banned immediately.

The main stumbling block of the speech, which has been negotiated between the two chambers for almost a year, is the future of the thousand wildlife there. 120 Travel Circus, You can no longer display them in two years or own them in seven years.

“This is an arbitrary law because there is no animal abuse in our circus,” he protested. William Kerwich, The head of the department’s union announced a “strike” until Monday.