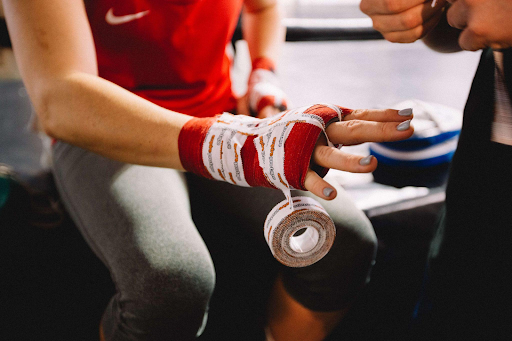 A number of UFC competitors have competed in the Olympics in the past. The flyweight and bantamweight champions are even current Olympic gold medalists. The Octagon has never seen anyone as fearsome as Yoel Romero before or since, regardless of their Olympic credentials.

Despite his advanced age, Romero is among the most athletically gifted individuals in the UFC roster. He is a world-class wrestler. However, it’s not just his punches and kicks that are deadly. It’s also his elbows and knees. A fight can end without warning because he can explode at any time from anywhere.

The UFC’s Octagon has never had a better pure athlete than him. So why has he never become the world champion?

As a wrestler in the 1990s, Romero started his journey to becoming an elite athlete. His rise to the top of the wrestling world began when he was just a teenager. The pinnacle of his career came when he won the FILA wrestling world championship in 1999.

During the 2000 Olympic Games in Sydney, Romero missed out on the gold medal, receiving a silver medal. In addition to five gold medals at the Pan American Championships, he holds numerous other awards during his career as an elite wrestler.

The 2004 Athens Olympics did not yield a podium for Romero. After competing in a tournament in Germany, he defected from Cuba in 2007. He would stay in Germany for several years. His transition into MMA began during this period.

A combat athlete of Romero’s caliber should not be surprised to win his MMA debut. Sascha Weinpolter was finished in less than a minute by Romero in Nuremberg, Germany, in December 2009.

All three of his subsequent fights, two in Germany and one in Poland, ended in KOs/TKOs. The scouts of major promotions would notice Romero’s pedigree, even though he was halfway around the world.

His number was called by Strikeforce, and he was scheduled to face Rafael Cavalcante. Former light heavyweight champion of Strikeforce and fearsome striker, Feijao was known for his agility and aggression. Cavalcante knocked out the relative newcomer in the second round, proving too much for him. In 2013, Romero was unable to compete again due to injuries.

UFC debut and rising to middleweight

In April 2013, Romero returned to the Octagon after nearly two years on the sidelines, and he made an immediate impression with a knockout of the night performance against Clifford Starks. Starks was knocked out by a flying knee.

It was during his second UFC outing that “Third-Round Romero” became legendary. In the third and final round of the fight, Romero knocked out Ronny Markes’ in just one minute and 39 seconds.

Due to Romero’s back-to-back knockout wins in the UFC, he gained significant attention, especially given that other Strikeforce alums have also achieved success in the middleweight division of the UFC. A 185-pound standout, he contributed to diversifying the talent pool. Romero added a fourth victory this year by defeating Brad Tavares by a decision. He had previously beaten Derek Brunson by TKO and Brad Brunson by decision.

Romero entered the UFC middleweight division as a contender after going 8-1 overall and winning four of his last five fights. 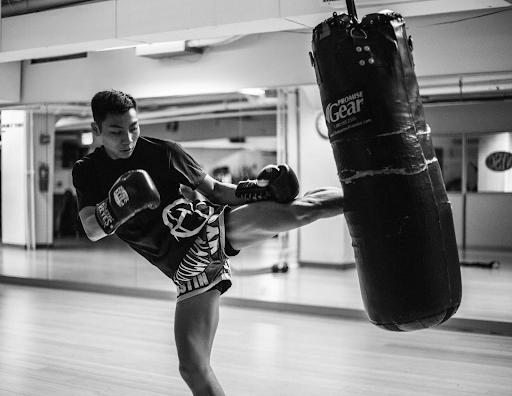 In September 2014, he faced Tim Kennedy in his first big test, and there was no shortage of controversy surrounding that evening’s winner of Fight of the Night. The second round of this fight was the one in which Kennedy hurt Romero’s body, leaving him on the brink of defeat. This gave Romero an extra round to recover.

Part of the reason was that his corner used old delaying techniques, like not removing the stool for their fighter. The UFC’s cut man covered Romero’s face in too much vaseline, making the referee stall again. Romero closed the show within a minute of the third round actually starting.

Romero’s next opponent was UFC’s former light heavyweight champion Lyoto Machida. It took 3 rounds for Romero to finally completely knock Machida to the canvas with a powerful elbow that echoed through the entire arena, for all fans to hear.

During UFC 194, Romero faced Ronaldo “Jacare” Souza and lost a contentious split decision. In the end, Chris Weidman was the only opponent left to meet in the title eliminator.

Third-Round Romero closed the show without fail. During the final seconds of a competitive fight, Weidman was knocked down by a flying knee. He finally earned his first chance at the UFC championship by extending his winning streak to eight. 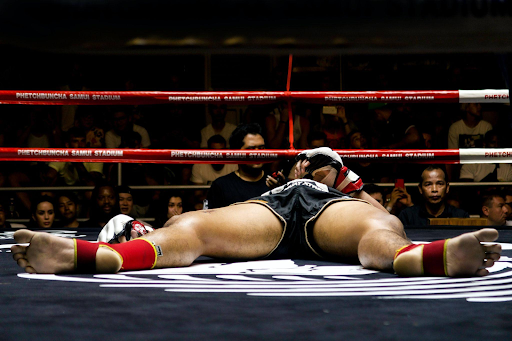 UFC 213 was the event. Romero came in overweight and, thus, could not win the title. But Robert Whittaker could. The interim title was on the line for one-half of the bout, and it was almost not awarded.

See also  Endzone, L Equip's US Football Podcast: The French are still in the NFL

The first round saw Romero attack Whittaker’s leg. Although Whittaker won the first two rounds and his opponent was injured, Whittaker refused to give up. Whittaker gained the upper hand in the final three rounds of their foot-to-foot fight.

In each of the final three rounds, Whittaker landed more and more strikes. The final score was 48-47 for Whittaker. Whittaker sustained a leg injury in the grueling bout. Luke Rockhold was also defeated by Romero in the third round to earn another gold chance.

Despite missing the championship weight for a second time, Romero was still able to compete against Whittaker at UFC 225 in Chicago in June 2018. The match ended up being the Fight of the Night.

Whittaker survived the bombs Romero dropped and returned with one of his own with his tenacity. In their second fight, Romero produced more than double what he had in their first, but Whittaker also increased his output and beat the Cuban by split decision (48-47, 47-48, 48-47).

At both the weigh-in and against Whittaker, Romero failed to win UFC gold. However, the audience was still captivated by those fights.