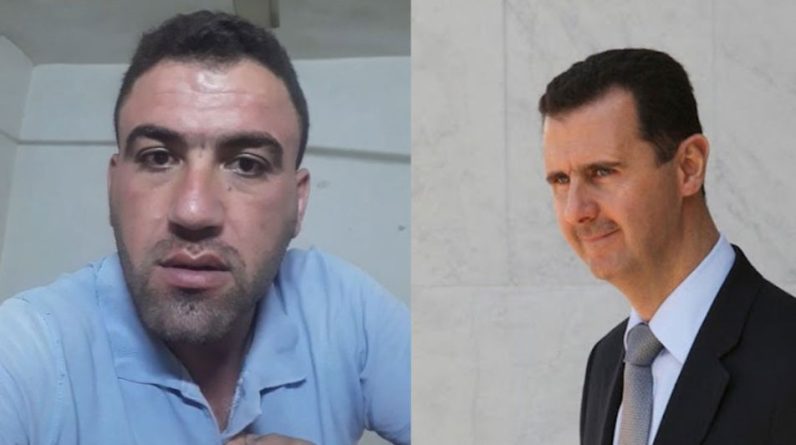 A loyal police officer revealed the infiltration of armed groups into Assad’s controlled areas, their connection with Assad’s security services and their role in the abductions, and appealed to Bashar al-Assad and the United Nations to allow him to leave Syria.

And inside Posts and Publications Ahmed Dahar, a member of the Assad police, who is being monitored by the Orient Net, said the Interior Ministry, Tara Police Command, said he no longer wanted to serve the regime and wanted to release him and allow him to leave the country.

To justify that demand, for two years, the security forces did not dare to arrest an arms dealer who attacked him because of the immunity given to him by officers and members of Assad’s security services, he said.

The policeman spoke to the regime leader and said the businessman had tried to abduct him. Intelligence.

He pointed out that he was able to arrest the woman who admitted that the businessman had appointed himself to pressure her to abduct the witness’s daughter in this case.

Instead, the same policeman was arrested and interrogated for twenty days, and the Political Security Division tried to push him to drop his complaint against the arms dealer.

The policeman angrily questioned Bashar al-Assad, saying in exchange for forgiving the arms dealer’s violations, “Why are we fighting to take an officer and a half million in politics?”

See also  WhatsApp gets a new name: it is now being replaced by the popular messenger

He pointed out that the existence of influential parties seeks to waste and prolong the matter of the investigation, calling on the regime leader and its interior minister to accept his resignation and demand his resignation so that he can leave Syria and move to another country. .

He confirmed the intervention of the leadership of several Assad security services, including two officers in the rank of Major General, in covering up the merchant in exchange for money, and wondered if this had happened because he belonged to the Atari region. The injustice done to him because he belongs to the Sunnis.

Areas under the control of the regime live under the influence of daily crimes and violations of its militants and Shabiha against the public, living without any responsibility or accountability in light of the lack of rule of law in the regime.