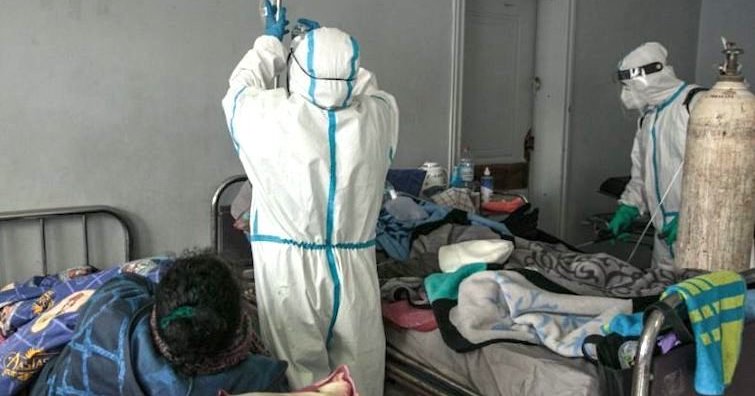 The Covid 19 epidemic is still relevant in Madagascar. Despite the pledges of the authorities about the measures taken to control its spread and the progress made in the vaccination campaign, the number of patients in hospitals is ten or more. At CHU-HJRA in Anosi alone, a medical source says more than twenty patients are being treated for goiter.

The Ministry of Health has not released any information on the evolution of the epidemic in the country for several weeks. An understandable arrangement regarding the purpose of the authorities reopening the borders in order to revive tourism. But it is not without risk that some health care measures have not been respected in the country for some time. The reopening of air borders since last weekend has worried a section of the population as it exposes the country to the risk of a new wave of epidemics. In particular, in some Indian Ocean and European countries, where Madagascar has allowed flights to open, the Covid 19 epidemic continues with the most worrying variants of the disease. So the warning remains.

The Minister of Public Health, Pr Zely Andriamanantany, pointed out that the vaccination rate against Covid 19 infection is currently 2% in the country. Despite renewed interest in the anti-Govt vaccine, especially in large cities and tourist cities, the vaccination rate is still low. As of October 20, 83% of those who received the 1st dose of the Covshield vaccine returned to receive the 2nd AstraZeneca dose in the Analamanga area.

Yesterday, the 336,000 dose Johnson vaccine from Johnson & Johnson Laboratory reached Ivado as part of the Kovacs mechanism. About 300,000 doses of sinoform are still expected from Chinese authorities. Deployment of the two vaccines will be done in parallel.