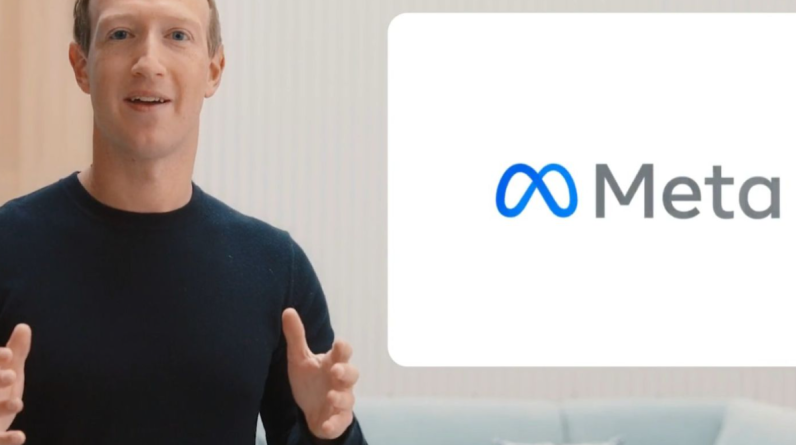 Meta: Mark Zuckerberg has announced Facebook is changing its name to Meta – what will be the impact on its share price, and how will the tech sector react?

Facebook CEO Mark Zuckerberg shook up markets with the announcement that the firm was rebranding and would now be known as Meta. Although Facebook is keeping its name, the wider company – Facebook Inc – will be changing its name to reflect a new focus on virtual reality and the “metaverse”.

Before being picked up by Silicon Valley, the concept of a metaverse isn’t anything new, having first been used in Snow Crash, a dystopian work of fiction. With Facebook now jumping on board with the buzzword, the idea of the metaverse is gaining traction with the wider public.

But what does the market make of this latest move by Facebook – will Meta send the company’s value rocketing, or will it be perceived as a damp squib?

Although there is no doubt that Zuckerberg is keen to explore the potential that VR offers, market commentators believe that the name change is also a cynical ploy to escape some of the recent negative associations.

Over the years, Facebook has had its fair share of controversies, such as with Cambridge Analytica. The recent whistleblowing scandal just adds to the pile of negative publicity, muddying the Facebook name further.

By changing the branding to Meta, many feel that the company is attempting to distance itself from the more toxic elements. However, a name change isn’t something a large company does quickly, so it’s highly unlikely that the switch to Meta is a direct response to the ongoing whistleblowing allegations. With a checkered history of privacy concerns and a desire to wipe the slate clean, it’s more likely that a name change has been planned for a considerable time.

This fact is borne out by Mark Zuckerberg’s keynote speech. The CEO said that the company was more than just Facebook, and the change in name reflected its broader ambitions, interests and identity.

The share price for Facebook has plunged in recent weeks, with almost 16% wiped off its share value since the publication of the first whistleblower’s report. In contrast, other tech companies on the NASDAQ have rapidly risen since early October 2021, underlining the market’s current concerns over the social media giant.

But Facebook isn’t the only tech firm having a difficult time recently. Some of the biggest tech companies listed on FTSE100, such as Aveva, Ocado, and Halma, saw their share price dip in October.

However, there could be good news on the horizon as early indications are promising for the social media giant. In the past five days, the company currently known as Facebook Inc added 4.52% to its share price. It will make the formal switch to Meta from 1 December.

The Future of Meta?

Most believe that the change in the name won’t make much difference to the share price in the short term, especially with the whistleblower case still ongoing. US Senator Alexandria Ocasio-Cortez tweeted her response to the announcement, calling the company a “cancer to democracy metastasizing into a global surveillance and propaganda machine”.

It is very clear from Zuckerberg’s speech that the company is keen to become known for more than just its social media platforms. Insisting that their “DNA” is that of a tech firm, the CEO confirmed that a separate division known as Reality Labs has now been set up to focus its efforts on virtual and augmented reality. The company has already invested heavily into the operation, issuing a warning that operating profits for the group would be down by approximately $10 billion as a direct result.

It seems that in the interim period, Meta will continue to experience a torrid time. However, with such deep pockets and lofty plans, the current difficulties are nothing more than a bump in a much longer road.