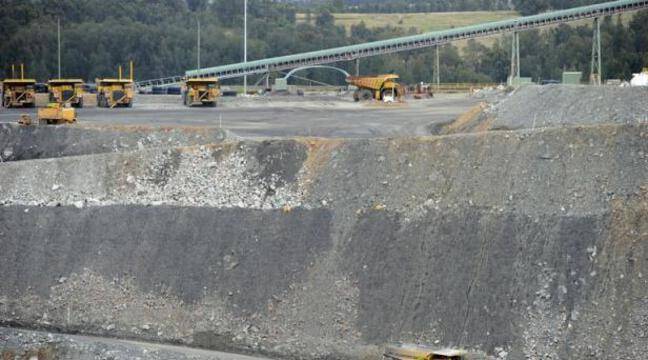 Australia It said on Monday that coal sales would continue for “ten years” after rejecting a deal to phase out polluting fossil fuels to curb climate change. At the important climate conference, forty countries pledged to phase out coal in the coming decades
COP26 de Glasgow. Australia, like many major coal consuming countries such as China and the United States, has not signed the pledge.

“We have made it very clear that we will not close our coal mines or coal plants,” Australian Resources Minister Keith Pitt told ABC. Defending the Australian decision, Keith Pitt assured that his country had the best quality coal in the world. “That is why we will continue to have markets for decades to come. If they buy, we will sell,” he said, adding that demand for coal should increase by 2030.

“If we don’t win this deal, someone else will win it,” he added. “I want it to be a high-quality Australian product that will provide Australian jobs and build the Australian economy, rather than coming from (coal) elsewhere (Indonesia) from Indonesia, Russia or Australia. Has experienced serious events such as wildfires and floods.

Scott Morrison’s government released the 2050 carbon neutral target last month, but the plan was criticized for its lack of detail and it relied heavily on yet-to-be-known technological innovations.
The Mineral Council of Australia, which represents major mining groups such as BHP and Rio Tinto, estimates that the 2050 target could be achieved with greater investment in technology.

According to Keith Pitt, nearly 300,000 Australian jobs depend on the coal sector. The Mineral Council of Australia, for its part, presents statistics on 50,000 direct jobs and 120,000 indirect jobs. Large groups ensure the avoidance of highly polluting fossil fuels. In this regard, BHP announced on Monday that it had sold 80% of its stake in the metallurgical coal mine in the eastern state of Queensland to Stanmore Resources for minus $ 1.2 billion.