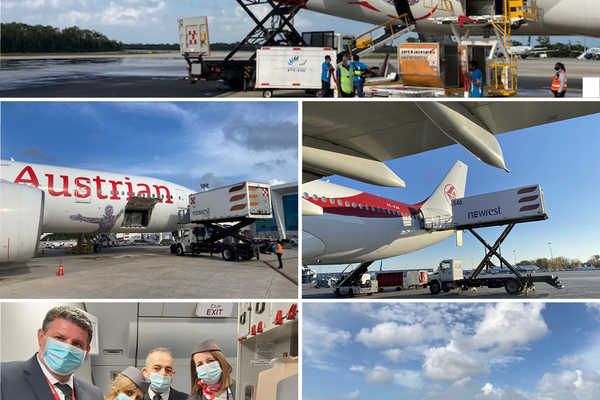 Nurest launches flights from Cancun to Vienna with Austrian Airlines

On October 24, Nurest was proud to welcome the first Austrian Airlines flight and crew from Vienna, Austria to Cancun, Mexico.

This aircraft is the first aircraft in a long series. In fact, the airline has handed over its air services to Nurest until next March. Two trips per week are planned to Vienna during the winter. They will be operated by a Boeing 777 departing from Cancun International Airport. Passengers in business, premium and economy classes will benefit from two hot food services on board.

The entire Nurest team is pleased with the confidence placed in its airline catering services. The team is pleased to support Austrian Airlines on the new Cancun-Vienna route.

See also  What if Australia is closed until the end of 2022?