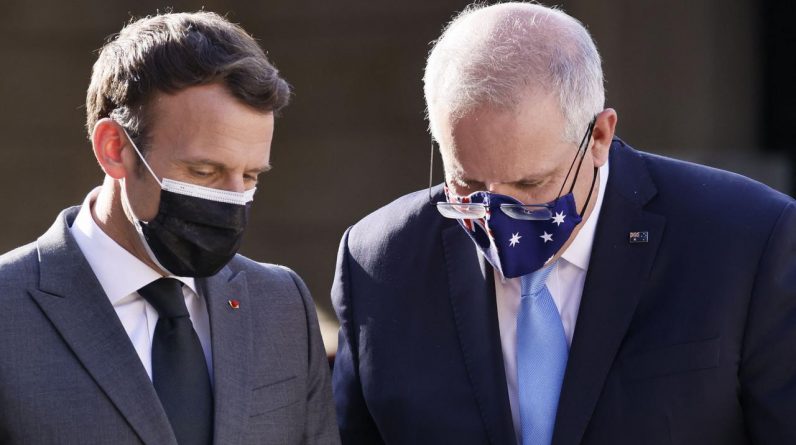 It is the revelation of Emmanuel Macron’s text message that brutally renews the diplomatic tensions between France and Australia. September 15, two days before the announcement of the breach of the “Century Agreement” on submarines worth 56 56 billion.

“Should I expect good or bad news for our shared submarine ambitions?” Emmanuel Macron wrote to the Australian President, which was confirmed to the LCI by the President’s entourage on Tuesday via this SMS.

On the Australian side, this SMS is provided as proof that France knew before the official announcement that the contract for the submarines was going to be terminated.

If the head of state’s entourage had confirmed to LCI the authenticity of this phone message, its interpretation would have been completely different. According to him, the SMS provides the opposite evidence that the French president was unaware of Australia’s strategic change as it prepared to sign a deal with the United States. He condemns the Australian government’s “dishonest” approach. “It’s hard to understand, because SMS is in our favor”, Adds the same source.

The revelation about the SMS from Scott Morrison’s entourage came two days after the statement made by Emmanuel Macron, the Prime Minister of Australia. “Minds” About the deal. “Do you think Scott Morrison lied to you?”, Asked a journalist on the G20 show. “I don’t think so, I know.”, The president retaliated, which was hotly debated in the Australian media.

While tensions between France and Australia have been high on the issue, Emmanuel Macron and Joe Biden have recently begun a diplomatic reconciliation, with the US president expressing regret over the way things have gone.

See also  Who is the best player in history? The United States faces the Super Bowl this weekend