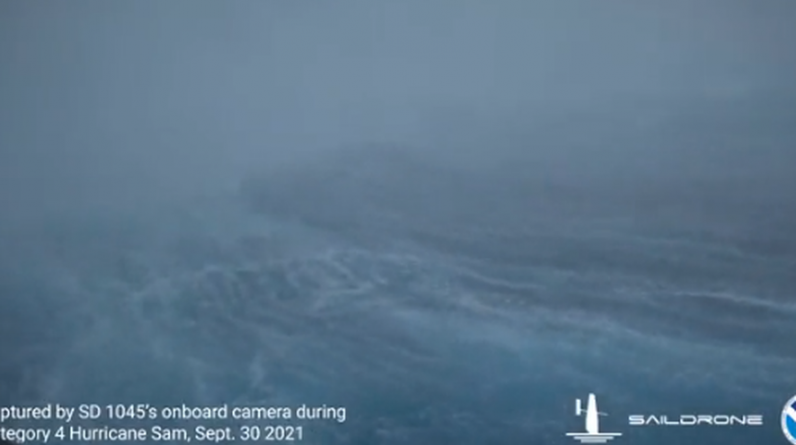 The SD 1045 was successful in bringing images back to the heart of the world’s first Hurricane Sam.

The reported images are breathtaking … not the image of a hurricane. U.S. scientists have been able to collect images of the situation at the heart of Typhoon Sam, a Typhoon that rages across the Atlantic, creating waves of about fifteen meters and blowing winds of over 190 kilometers per hour.

This is the first time this type of image has been recorded. This, thanks to the floating robot, SD 1045, was developed by the American company Sildron. The operation was set up in conjunction with the U.S. Agency for Marine and Atmospheric Surveillance. The SD 1045 achieved this technological feat thanks to its “hurricane wing”. The short juice of about thirty seconds shows a black sky and waves that shake the floating robot, but to the point where we can no longer understand what is happening.

Although the pictures are particularly impressive, they are not entertaining. The SD 1045 is one of five “hurricane” sailing boats that collect data 24 hours a day during this hurricane season. Objective: To have a better knowledge of these weather events, to better prepare for them, and to limit human casualties …