Home World In a month a. Korea’s fourth missile test, US fears 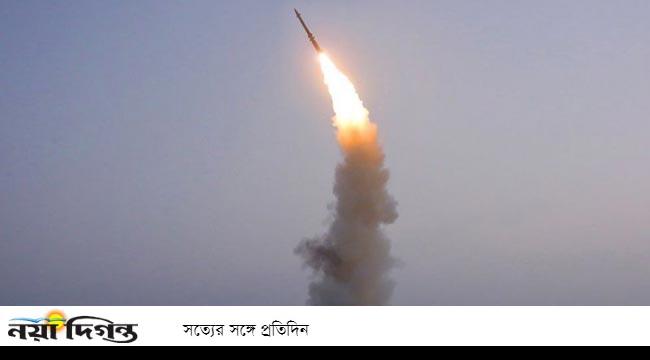 North Korea says it has tested a new anti-aircraft missile on Thursday. This is the fourth time the country has tested the missile in less than a month.

A few days before the new missile test, North Korea tested a hypersonic missile believed to be nuclear-capable.

US Secretary of State Anthony Blingen commented that arms tests “increase the risk of instability and insecurity.”

According to Pyongyang, these weapons are important for their own security. They see the US and South Korea’s position on arms testing as “double standards.”

Recent weapons tests are seen as a sign that North Korea will not stop its weapons production and development activities, despite severe international sanctions.

Kim, on the other hand, accused the United States of “spying” on diplomatic agreements.

Some international relations analysts believe that Pyongyang is trying to sever ties between Washington and Seoul by establishing ties with South Korea.

Pyongyang could rely on Seoul if Washington eases sanctions on North Korea.

North Korea has been isolated for more than a year.

They cut off almost all trade with their close ally China in the epidemic. This suggests that North Korea’s economy is in a very bad state and has a severe food crisis.

Despite the ban, they tested ballistic missiles in March, sparking strong condemnation from the United States, Japan and South Korea.

See also  The U.S. Civil Aviation Authority ordered an inspection of Boeing 777 liners after the incident

The UN Atomic Energy Agency has described the move as “extremely dangerous”.