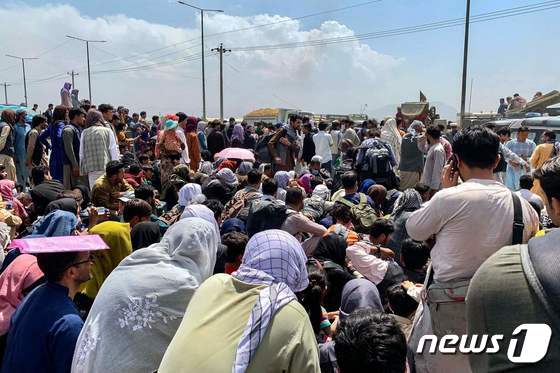 The New York Times (NYT) reports that more than 1,000 Americans and Afghan aides from countries such as the United States and Afghanistan are awaiting Taliban approval to leave Mazar-i-Sharif airport.

Earlier in the day, the U.S. military completed its evacuation from the capital, Kabul International Airport, at 11:59 p.m. The local population is estimated at about 60,000.

The U.S. government has announced that the remaining U.S. citizens, permanent residents and aides will be repatriated through diplomatic efforts until the end, but no further transfers have been made since the withdrawal of the military.

“Six planes carrying Americans and Afghan translators have been built at Mazar-i-Sharif airport, and the Taliban are holding the US government hostage,” said Mike McCall, a Republican member of the House Foreign Relations Committee. Fox News. Demands, “he said.

McCall said the Taliban are seeking full recognition from the US government for their new Afghan government.

“It is not right to classify passengers as hostages,” a source close to the US government’s evictions told Reuters.

The New York Times quoted Qatari evacuation officials as saying, “The plane, built in Mazar-e-Sharif, has received the necessary permits and is awaiting final approval from the Taliban.”

Since the Taliban’s occupation of Afghanistan on the 15th, Qatar has been cooperating as a ‘base’ in its efforts to expel Western nations, including the United States.

A State Department spokesman said: “There is no way to know the basic details of the charter, including how many people were on the plane, including US citizens.” We will ensure that our promises are kept, “he said.

Meanwhile, Republican Congressman Mike Waltz wrote to Secretary of State Tony Blinking, “I heard from a local NGO (NGO) that some of the planes being built are being funded and ready to take off.” On the other hand, “he stressed.