Home World North Island of the world: Near Greenland, scientists have made an accidental discovery 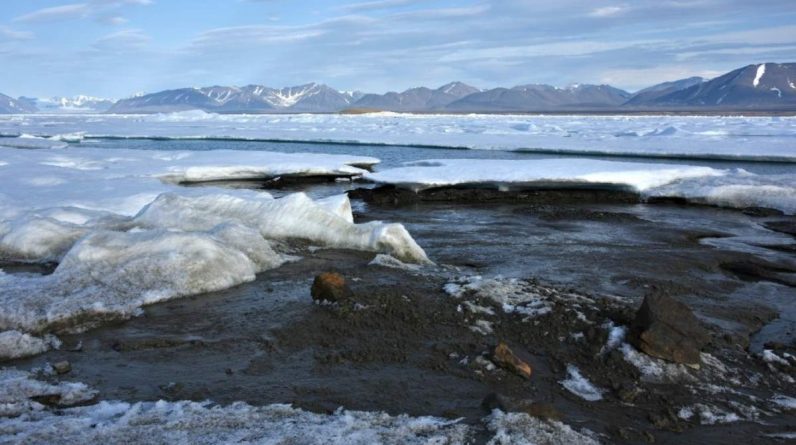 The island, found near Greenland, is 30 to 60 meters wide and 4 meters above sea level. The Arctic region of Greenland belongs to Denmark.

The accidental discovery was made during a Danish-Swedish expedition led by Morton Rush of the University of Copenhagen. According to him, the group had previously been to the island of Otak, which was previously called the North of the world.

They planned to search for new creatures on the island, adapting to life in extreme conditions,
Rush said.

The scientist stressed that 6 researchers participated in this journey. They reached the island by small helicopter.

Odak coordinates were not found, so they began to look nearby / Morton Rush Photo from Facebook

The map was not entirely accurate, so when the team reached the position where Odak was supposed to be, they did not find him. Then they began to search for a nearby island and a few minutes later landed in a swamp with nothing growing.

“After a trip with experts and many discussions on this topic, we realized that we had accidentally discovered an island in the north of the world,” Rush added.

The island got a name

The researcher stressed that from a scientific point of view, the discovery was not very significant. However, from a personal point of view, “it’s fun to be in the top 6 most polluted shoes on earth in the north of the world.”

Scientists have already come up with a name for the recently discovered area. The island is planned to be called Querceton Avonnerlek, meaning “the island north of Greenland”. This finding may be the result of a strong storm and will only last until the next weather.