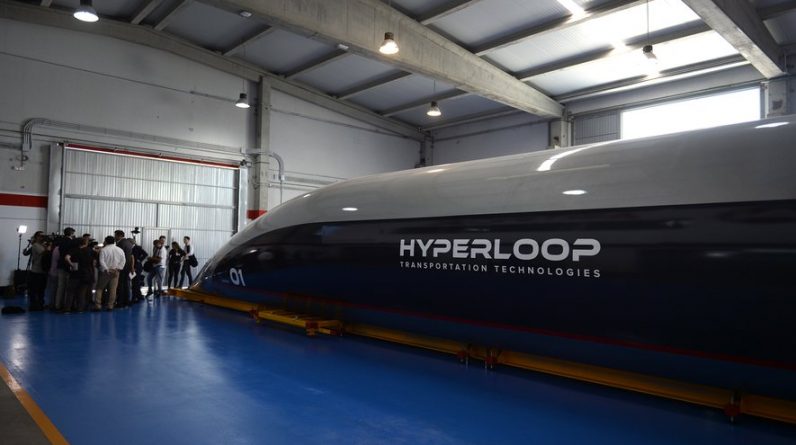 (ETX Daily Up) – Virgin has released a video about its ambitious hyperloop project, the train capable of covering the longest distance in record time due to innovative technology. Richard Branson’s company should now come into operation.

A video to convince (many) suspects. Virgin has released an explanatory video of its hyperloop project, a train capable of traveling at speeds of up to 1,000 km per hour, thanks to electric tunnels. The American company calls it a new mass transportation with the ambition of setting the standard for 21st century travel. The video shows details of the system’s configuration, including video and propulsion motors and high-power batteries not commonly shown. For example, Virgin says that the levitation motor is ten times more efficient than the Maglev trains built in China today. In addition to the technical details, this design also looks at the value, durability and economy of the choices. Virgin has talked a lot about this topic, but this video wants to convince us.

According to the company, the tube design, in an almost vacuum environment, virtually eliminates aerodynamic traction, allowing the battery-powered pieces to slide at 1,078 km / h. The motor of the hyperloop consists of rows of electromagnets that guide the body inside the path, the company explains in the video. In addition, the pieces that carry passengers are not physically attached and can be separated when the other convoy goes on another route, so that users can go to different places.

“These next-generation innovations not only allow us to reach high speeds, but also provide direct, on-demand service at tens of thousands of passengers per hour at a speed of one aircraft, without any live,” the video explains. The video follows a test conducted last November, where two company passengers attempted a 500-meter test ride in Las Vegas.

In addition, Hyperloop will benefit from weight support in its search. The US Senate passed a $ 1.2 trillion US infrastructure bill in early August. This new control – somewhat explicitly – supports the development and deployment of the Hyperloop program.

Those skeptical are still legit following Elon Musk’s other hyperloop project that will be a simple tunnel for cars at 50km / h in the heart of Los Angeles. But this project is due to the highly reflective technical challenges in terms of security – how to get out of the shared pipeline completely in case of a problem? Perception, the supersonic speed of the vehicle and the proximity of the walls raise specific questions. It is highly doubtful that Richard Branson’s company should get used to it before delivering more than a simple video design project.