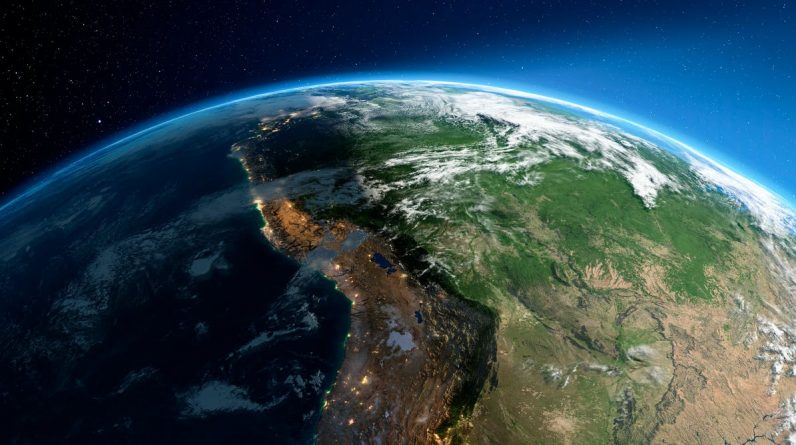 To meet the challenges that await us in the coming century, science must be open to all, from epidemics to climate change, including automation and big data. Citizens should have the same access to information as researchers, and access to quality and interconnected databases that help scientists better understand the world around us.

This is one of the guiding principles Open science movement. Open science requires consistency and inclusion. Can encourage them in the search for a joint implementation and improvement of practices, infrastructure and financial models that guarantee equal participation of scientists from institutions and backward countries.

We must ensure that the benefits of science are shared freely among scientists and the general public. One way to do this is to create national science organizations to share and improve knowledge in various fields.

Creation of CRIS in Europe

A major barrier to open science is the inability to integrate existing databases (from public libraries to government data files to university archives) that were created at different times, with different tools, and did not interact with each other.

Thus, many institutional archives are not linked to educational institutions’ databases due to the effort of archives that have been enriched over many generations. They do not have the keywords needed for knowledge sharing or permanent links to metadata. In recent years, the creation of national information systems capable of collecting information for researchers, organizations, archives, open databases, research projects and amateur scientists has become even more urgent.

See also  A storehouse discovered in Australia, it is "the closest thing to a real dragon"

Latin America has a long history of using lists and databases for development. Since the 1960s, bibliographies, data collections, and regional lists have appeared, managed by major public universities and regional organizations.

In the 1990s, new directories and databases were created, the future foundations of solid infrastructure that would promote free access to scientific discoveries. Launched open access science journal databases Latindex, SciELO And Radical, Digitalization of scientific journals has accelerated and published research has thus benefited from a new guarantee of openness. Thanks to strong public involvement, these databases encouraged the development of a non-commercial open access system.

Latin America is now better than ever to build an open scientific infrastructure based on this evidence. Evidence by two clear examples.

In Brazil, the system BrCris Was born out of the collaboration ofBrazilian Institute of Science and Technology With many large public systems. Brazil is a large country, with a professional science and technology network with various databases nationally, making their integration particularly complex. The Open data portal, CV site Lotus Platform And Directory of Research Groups CNPQ Two typical examples. BrCris is designed to integrate these large databases, but provide a compliant open science infrastructure Federation of Scientific Publications Corporate Repositories Network, A network of databases collecting scientific publications from ten Latin American countries. The other purpose of BrCris is to repatriate Brazilian data from other parts of the world.

The second example PerúCRIS site, Was born in Peru, 2013, following the adoption of the law on free access to information. It was integrated Three scientific information sites : Directory of Researchers, National Directory of Organizations and National Database Network. This new site lists all student research articles and lists. PerúCRIS now includes five directories dedicated to human resources, science production, projects, organizations and infrastructure, and it aims at society as a whole, beyond the scientific community. The site allows the public to discover new technologies, participate in science projects or discover innovative ideas for investment.

If pilot projects of research information systems are carried out at the national and non-institutional level in Latin America, it is due to financial mechanisms. Most of the universities involved in scientific and technological research in the region contribute to public and national information organizations. Depending on public funds, these companies have no way of funding a CRIS system at the corporate level, and are less likely to purchase this type of equipment from large companies that provide this type of service.

But this is not a weak point. Open access software such as dSPACE, Based on the Peruvian site, ensures that scientific information is in the public domain, thus fulfilling the promise of open science.

The examples of Brazil and Peru show that a national research information system can contribute to the real integration of all scientific sites and organizations in a country or region. These databases are used to evaluate research work through detailed directories of researchers, organizations, products and projects available in a particular country.

CRIS databases established in Latin America provide visibility for a wide variety of publications and researcher profiles, while promoting new forms of scientific collaboration, especially when they do not fit the mainstream values ​​valued by the academic community.

This approach paves the way for more inclusive and socially relevant science, while actively engaging in dialogue between open science and other parts of the world.

The open social movement appeared in the scientific community and called for the doors of knowledge to be opened and quickly spread across countries. Investors, entrepreneurs, policymakers and citizens alike join in this call. UNESCO is developing an ethical tool for open science in its member countries and advancing policy frameworks.

This article is part of the series “Best Stories of Science in Open Access”, published with the support of the Ministry of Higher Education, Research and Innovation. For more information, please visit the page Ouvrirlascience.fr.