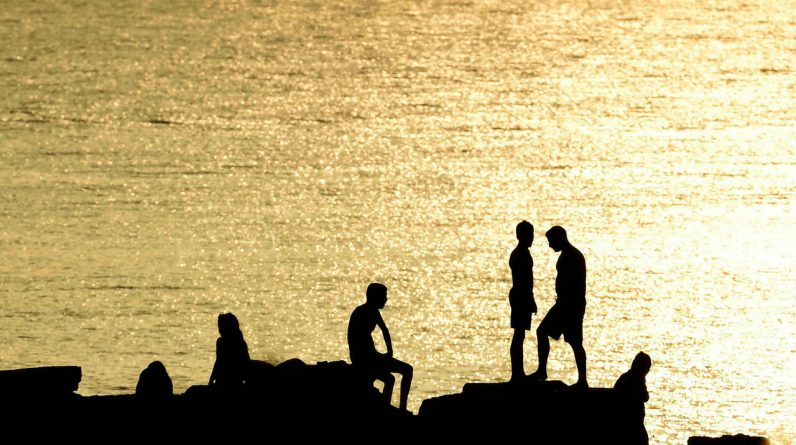 Authorities have ordered the closure of archeological sites in the open, in response to a heat wave that has hit Greece since Thursday. This exceptionally high temperature is reminiscent of the July 1987 heat waves that struck Athens, killing more than a thousand people.

The worst heat wave in Greece has continued since 1987, with temperatures in the center of the country hovering above 44 degrees. In most of the islands, temperatures will be between 21 and 43 degrees and the Greek Meteorological Service reports that it will reach 46 degrees this Tuesday, highlighting the risk of wildfires.

The most significant fires have been recorded in large parts of the island of Rhodes, where firefighters have been battling hard since this Sunday, as well as in Evros, near the border with Messinia, central Greece and northern Turkey in the country. They are all controlled and the victims are not registered.

Prime Minister Griagos Mitsodakis had already made a high call yesterday, saying that due to this high temperature, many tourists who are on holiday in the country are trying to reduce the very high power consumption.

The Acropolis of Athens was closed from 12:00 to 17:00 on Monday, but since Tuesday, the doors of all open-air archeological sites in Greece have been closed to tourists every afternoon – until Friday, the Ministry of Culture announced.

See also  Turkey and the Council of Europe: The Crescent of Kavala