Home World Countries where the ‘Govt Passport’ was introduced 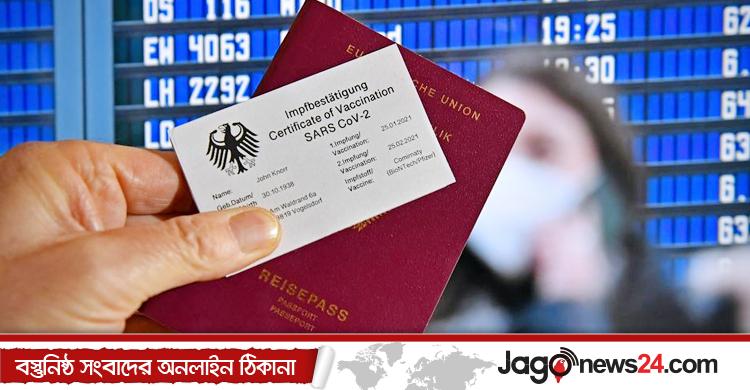 Govt Passport has been introduced in various countries of the world. It is becoming more and more essential for tourists. This passport can usually be accessed through the app on the mobile phone. However, in some cases there are passports on paper.

United States: Last April, the White House announced the introduction of the Central Govt Vaccine Passport for U.S. Citizens. However, various states in the country have introduced separate programs to encourage vaccination against Govt. Employees of various organizations, including the California Department of Health, were ordered to submit proof of vaccination in the workplace.

China: In the QR code system, China has identified citizens of different colors. The green code indicates the right to unrestricted access to any area. Yellow indicates that the person must be at home for at least seven days. The Chinese have to collect these codes by submitting the data to the computer. These codes have begun to gain access to many public places in China. In addition, China has introduced the first digital health certificate since last March.

United Kingdom: At this time citizens of high-risk countries must provide proof of vaccination to enter nightclubs. Prime Minister Boris Johnson has recently introduced a new plan to bring citizens under the NHS Govt Pass Processor to prove the vaccine. Not only nightclubs but everyone entering the big crowd should show this app.

European union: The European Union (EU) has introduced its own vaccine passport. After completing the vaccination, citizens of the insured countries can download and print a copy for free. Non-EU citizens legally residing in EU countries can also accept this passport because they have the right to travel to different countries.

France: The French government has made ‘health pass’ mandatory for restaurants, bars or when traveling by plane or train. As a rule, all places where more than 50 people live or work together must submit a Covit Test negative certificate. The ‘Health Pass’ has been made mandatory for everyone over the age of 12 in the country by September 30.

Israel: Earlier this year, Israel announced the use of the vaccine. If it does, it will be considered virus-free if it is infected with any Israeli vaccine or Govt. Since the introduction of this pass, the attraction of young people towards the vaccine in the country has increased tremendously. However, the country has not progressed with this project as the infection rate in the country has come down drastically.

Australia: Currently vaccinated Australians have issued digital certificates over the phone. But the purpose or special performance of this certificate is not specified. However, the country’s tourism minister, Dan Dihan, said the certificate could play a role in moving Australia’s borders or locks. Source: BBC.