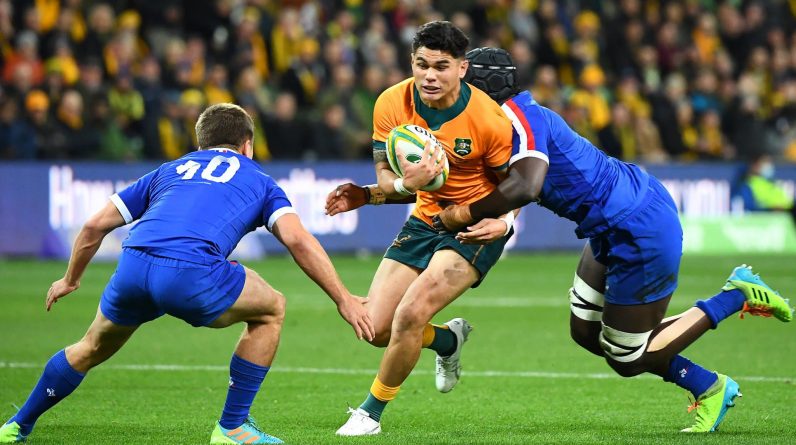 As expected, the Australian coach has drastically changed the layout of the squad for the third Test against France in Brisbane on Saturday (12 noon) with eight changes.

Australian coach Dave Rennie made eight changes in his opening XI match for the third Test against France in Brisbane on Thursday, and I look forward to seeing his team win the decisive match of the series. The Wallabies won the first Test, played in Brisbane (23-21) on July 7, and then returned to Melbourne on Tuesday (28-26). After putting the same 23 players in two separate meetings of six days, Rennie let some players rest tired.

It is set to unite New Zealand, South Africa and Argentina and provide an opportunity for new players to make a good impression ahead of the rugby championship. Rennie pointed out that there would be changes after the loss of Melbourne, adding that the new faces would be “new and relevant”.

“With a series schedule against a formidable French team, we always know it will take a full-fledged joint venture and we will see it on Saturday night,” the former center said. “We were disappointed with the decision in Melbourne and will try to put things right by showing more accuracy and calm at key moments at Suncorp Stadium,” New Zealander said. Rennie picked a young team, eight players who have played ten trials or less.

Instead of Gordon, Lolesio maintained

Jack Gordon will be replaced by scrum-half Tate McDermott (Queensland Reds) and two Prampies elements, second-row Darcy Swine and center Len Ichidov will start for the first time, while third-row Lachlan Swindon (Wardos) will play his first Test this year. Rennie Nova Lolesio (Prombies) was knocked out in the beginning.

Senior pillar James Slipper teamed up with hooker Brandon Banga-Amosa for his 103rd test, as did the first two tests against the Blues, recalling Alan Aladdova finishing first. For the first time since the 2019 World Cup quarterfinals, IC Nisarani started in 8th place and joins captain Michael Hooper and Lachlan Swindon in third place.

The wings have been shown solely to give a sense of proportion to the future of Panasonic Wild Knights in Japan. While five of the opening players on the bench on Tuesday were on the bench, winger Tom Wright and third center-line Harry Wilson were dropped from the 23 list.