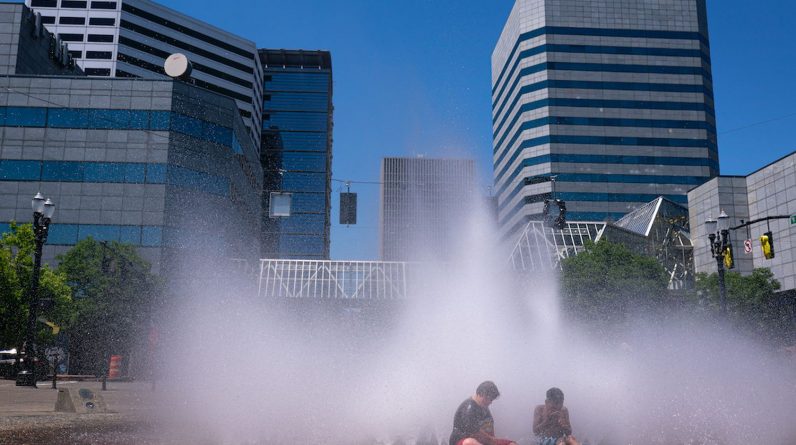 Western Canada and North America are affected by a heat wave. Temperatures have topped 45 degrees, breaking historic records in many cities.

On television screens in North America, weather maps are attached; The heat wave is exceptional. Cold land Canada, near Vancouver, is experiencing temperatures of over 40 degrees. In a satellite image, not even a single cloud appeared in northwestern Canada and the United States. This is called the heat dome. The annoying current coming from Mexico, then joins the high pressure system.

“It is like putting a lid on a pot of boiling water. It is completely airtight and it gradually warms up. In addition to high pressures, the air compressor, the air molecules rub against each other and generate more heat (…) which, in a way, is trapped under this dome.“More than 40% of homes in the Canadian region have no air conditioning, and no stores,” said David Phillips, a climate researcher with the Canadian Department of the Environment and Climate Change.

See also  Escape to a luxury hotel in London