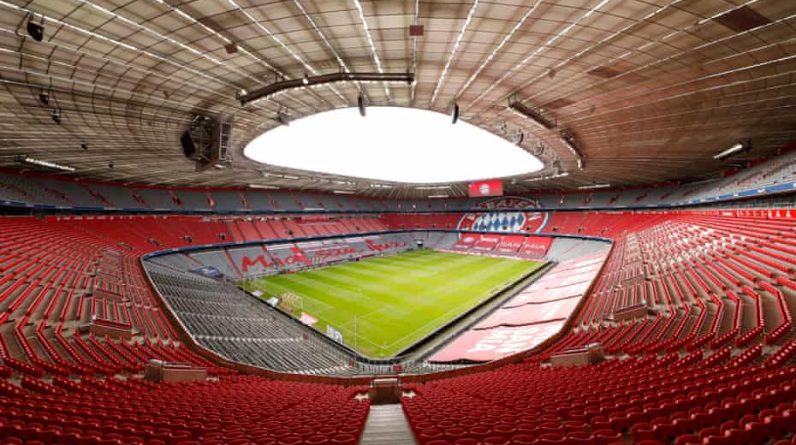 Euro 2020 will be a championship like no other, with a 12-month delay due to the Coronavirus pandemic. But as the tournament finally gets under way, the host cities are set to give soccer fans the championship experience, despite ongoing restrictions.

We take a peek behind the Euro 2020 scenes with your ultimate UEFA European Championship Stadium Guide.

The base for all of England’s group matches, Wembley will also be the venue for Euro 2020’s final, to be held on July 11.  The 90,000-seater stadium will be run at 25% capacity for its Euro games, with the final anticipated to be boosted to half full, depending on restrictions.  And, with so many games, the Wembley matches are also a good way to practice for next season’s Super 6!

One of the last stadiums to be confirmed for Euro 2020, all matches at the Allianz will be in front of one of the tournament’s smallest crowds, where you get three group F games plus a quarter final. The home of Bayern Munich, the stadium was originally built for Germany’s hosting of the 2006 FIFA World Cup.

Originally started in 1928, the Olimpico was not completed until 1950 and was one of the venues for the 1968 Olympics. And, as a venue for the Euros 2020, the home of Roma and Lazio will host 25% of its 83,000-capacity crowd for all three of Italy’s group games plus a quarter final.

The 61,000-seater Krestovsky will host not only the three Russian group B home games and a quarter final but the three Group E games that had previously set for Dublin. Built at a cost of over 1 billion dollars, the Krestovsky is thought to be the world’s most expensive football stadium.

While Romania failed to qualify for Euro 2020, their national stadium is set to host three Group C matches plus one from the last 16. Plans are in place for the stadium to host a crowd that’s half of its 55,600 capacity.

All of Holland’s games will be at this stadium, home to Ajax and named in honour of the late Johan Cruyff. One of the most environmentally sustainable stadiums, the venue expects crowds of around 12,000 for its matches.

A last-minute replacement for Bilbao, this 60,000-seater stadium will host all of Spain’s Group E games plus a last 16, in front of a 30% capacity crowd. One of three stadiums in Seville, Estadio de la Cartuja was originally built to host the 1999 World Athletics Championships.

Having only staged its first match in 2019, the Puskas is the newest of the Euro 2020 stadiums and will host two of Hungary’s Group F games plus Portugal v France on June 23. It is also the only venue so far to announce that it will play games in front of its capacity 61,000 crowd.

See also  What Is SEO Link Builder? And Why You Need One for Your Online Presence.

The oldest international football stadium in the world, Hampden Park is host to two of Scotland’s group games plus Croatia v Czech Republic in front of a 25% capacity crowd. Set in a large bowl, it is also renowned for its match atmosphere.

The first city to announce it would be a host for the re-scheduled Euro 2020, the Parken Stadium will be the venue for all three of Denmark’s group matches plus a final 16. As Denmark’s national stadium, it is also the smallest of the 11 venues selected for the UEFA tournament.