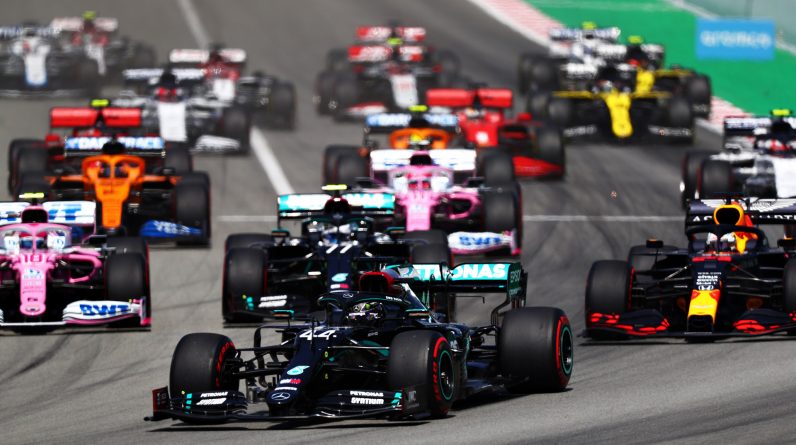 The Formula One season continues to put on a show as Max Verstappen sealed a crucial victory at the French Grand Prix, reported the BBC. The scintillating triumph came after he finished ahead of Mercedes’ Lewis Hamilton, passing him emphatically late on. The pressure is mounting on Hamilton and Mercedes, and with an announcement that the British Grand Prix will host a full capacity crowd next month – the need for a positive turn in form is imperative.

Max Verstappen now has a 12 point lead over Hamilton after an enthralling race at Circuit Paul Ricard, with the young Dutchman producing a brilliant moment of skill when overtaking his rival in the second to last lap. He is driving with confidence and in the last three races has completed a treble of pole positions, race victories and held the fastest laps for each track.

Hamilton and Verstappen set to face off in front of 140,000 full capacity crowd

Hamilton remains frustrated by his management team, as he went winless in three races, the first time since 2019. Mercedes’ will have to take most of the blame, with the surprising decision for their cars to only enter for a pit-stop once during the race proving to be the incorrect call and left their drivers Lewis Hamilton and Valtteri Bottas handicapped as they laboured on with softer tyres in the latter stages of the race.

However, the pressure to perform will have increased more so after the Government has given the all clear for the British Grand Prix to hold a full capacity crowd, with a staggering 140,000 spectators in all set to attend next month’s meeting at Silverstone. This follows other pilot events the Government has given the green light to, with The Open Championship to be three-quarters full, after being added to the Government’s list of events for the return of spectators.

No deposit free bet bonus is access to a free bonus bet without depositing any money. This gives a terrific chance to win cash and with little risk involved by betting on F1. Law Deposit Free Bet most often is a small stake, usually around £5 which can be used for a variety of sports events. Simply choose your preferred online casino, complete a quick sign-up or registration process and then place your bet.

The British Grand Prix is close to a sellout, all ready for the much expected return for spectators, with a return to the normal in terms of live sporting events looking to recoup the devastating loss of earnings. Silverstone had to host back-to-back Grand Prix’s and behind closed doors which cost millions of pounds to avoid more loss of revenue the announcement this year’s race will be at full capacity brings much relief to the sport.

With signs that the country is slowly returning to normal, the Government has also given their verdict that the Wimbledon tennis finals will be the first to have capacity crowds back for a live outdoor event and that could lead to other events following suit. The European Championship finals will have a capacity crowd set to 50% which could see England supporters enjoy a half-full Wembley.

Silverstone has all of 550-acres to offer as an outdoor site and the sporting venue remains the largest in the country, with seats spread across the 3.6-mile track. The two grandstands can both hold 70,000 spectators, which shall stage the biggest crowd in the UK since the first national lockdown early last year.

Other events that are scheduled to host spectators include Rugby league’s Challenge Cup final which takes place on July 17 and England’s international cricket matches will look to make the Government’s list outdoor events where crowds can exceed the current cap of 10,000 spectators.

Confident that Hamilton can turn his form around and claim victory in the next race? You can follow the action live and take advantage of in-play betting and more offered by the best online casinos. Freebets.com has a complete list of online casinos that offer a free bet with no deposit bonus for UK players every day.